Network games, including MMO, are not free of errors. These games are oftentimes riddled with problems, and some of them can have pretty bad consequences. Servers resetting to backup copies, blocking certain items or disabling certain features. The list goes on, so I decided to gather the most interesting cases in a single article.

Some of them should be well known to you, as they're pretty famous, and you might have even experienced them yourself. Some of the stories took place a few years ago, but are only now being revealed. It turns out that some of the errors were carefully obscured by users who benefited from them. But relax; this article is mostly meant as a humorous look at those instances. See for yourself!

FROM THIS ARTICLE YOU WILL LEARN THAT

I chose only those errors that I was able to confirm were real. While researching the subject, I came across thousands of different errors and issues, but quite a few of them seem myths created by the community. It's difficult to confirm whether some situations actually occurred, especially if the developer never offered an official statement. I only write about cases that can be confirmed. 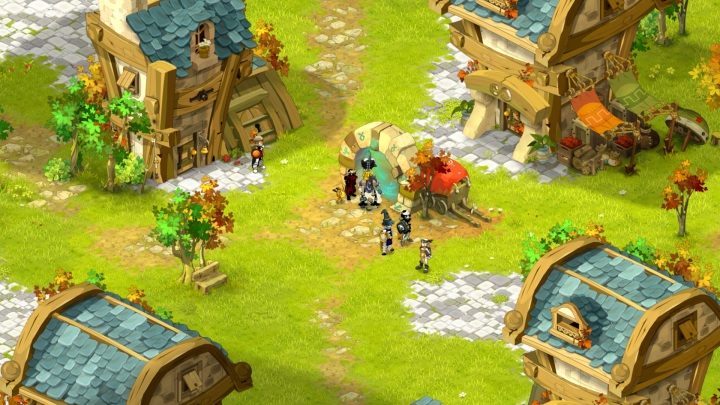 The fashion for classic servers in MMORPG games continues. It started before the release of World of Warcraft Classic, although the game reaped the biggest harvest. Still, most games offer something similar and, oddly enough, there's plenty of people interested. This is no different in case of Dofus, which launched its retro version this year. There is, however, a small detail.

Dofus has long had two servers available, running on version 1.29, which operated independently of the current version of the game. They appeared long before the rage for classic MMORPG editions. Why, then, did the developers decided to use Dofus Retro instead of using what they'd already had? It turned out that the old servers contained an error that had existed in the game for many years. It's not known if it had not been discovered by anyone, or of it was carefully hidden by several people.

The error was a variable that allowed duplicating items in the game after collecting 2 billion kamas, that is, the currency in Dofus. When the beans got spilled, the developers blocked the servers, and restarted them on a back-up copy from two weeks prior. This did not help, because the problem existed a long time before that, and as a result, the economy of these servers was completely destroyed.

To save their image after the whole affair, a Dofus Retro was prepared – a classic version of the game, without this error. According to rumors, the problem was discovered in 2007, and players already copied items back then, but not on a large scale – so the developers never noticed.