Fall is the perfect time for gamers. Outside the windows on the northern hemisphere... well, October. The evenings are longer, and people seem drowsier. Video games can be a great way to relax and get your mind off the bad weather. As it happens, the past few months have brought several great games in the genre that's perfect for killing time during darker evenings.

RPG. However, fun doesn't always have to be that long, so if you prefer more condensed forms, there's something for you on the list below, too. This list brings the full spectrum of virtual worlds: from fantasy lands to cyberpunk streets bathed in colorful neon, to post-apocalyptic wastelands. But they all have one thing in common: quality.

Completion times are courtesy of HowLongToBeat.com. 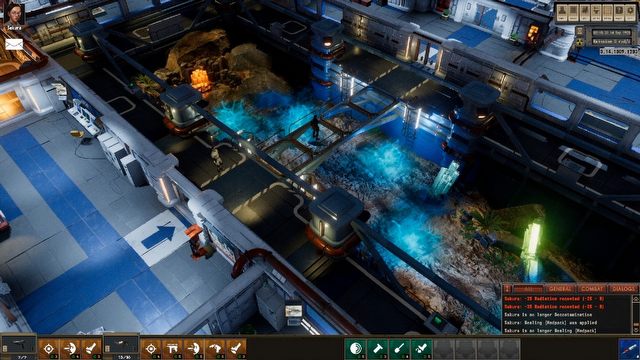 First, something for fans of the classics  the first two Fallouts in particular. The developers describe Encased as "a post-apocalyptic RPG in a science fiction world," and it's hard to disagree. Just look at the plot: while investigating an indestructible, mysterious structure known as the Dome (much different from the one in Stephen King's novels), the international organization called C.R.O.N.U.S. provoked a nuclear conflict, awakening an unknown force that threatens the existence of a civilization reborn from its own ashes. I don't know about you, but I love the idea. Really!

We will traverse the world as a self-created hero  we define their appearance, skills and attributes (there are so many stats your head can spin). With time, the protagonist gains a few companions, but we control only one character all the time, which promotes immersion. We explore successive sectors of the Dome, fight in turn-based battles  utilizing a rather rich arsenal of weapons  and enter into complex relationships with factions with differing interests. In other words, there is plenty to do. And don't let the estimated time needed to complete Encased fool you  it will take you much more than 60-70 hours to uncover all the secrets this game offers.