Today, Ubisoft's portfolio encompasses series like Assassin's Creed and Far Cry, games like Rainbow Six online shooter, and a few other titles that turned out to be quite successful. The company is also famous for its stubbornness and consistency in repairing the products that were released in a not very satisfactory state, which previously did not convince the reviewers or the appropriate number of players. Such rescue missions were successful in the case of the aforementioned Rainbow Six: Siege , Tom Clancy's The Division , and even Ghost Recona: Breakpoint to some extent.

But this policy of creating or publishing games doesn't cut it. Players beg for an engaging and polished game on launch, not after a few months of patching. Ubisoft also looks and experiments with new brands, which on the one hand is commendable, but many of these productions turn out to be flops. On this list, we mention such titles as Hyper Scape, Roller Champions, Ghost Recon: Frontlines or XDefiant .

And yet Ubisoft is a part of gaming history, introducing a number of iconic brands that are still long remembered today . Instead of wasting resources on new, controversial ideas, there are many old school, cult-classic titles that wait for a revival. Of course, assuming that the company still has rights to them. So let's recall some old Ubisoft games and dream aloud about their return! 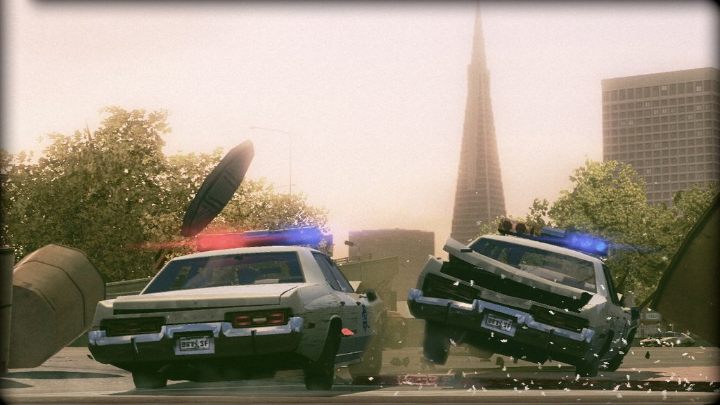 Long ago, the Grand Theft Auto series (still in top-down view, but that changed in near future) had a competition in the form of Driver, a game which main attraction were film-like car chases, reminiscent of such masterpieces, like, for example, Bullit. Even being confined to one car and not being able to stroll around the city on foot didn't feel like a downside, but rather a unique feature which made you focus on driving itself more. The series was first introduced in 1999, and Driver: San Francisco from 2011 was its fifth major installment.

The plot of the fifth entry may seemed a bit far-fetched, as the developers introduced a clever mechanics called "shift" (which was justified with the body of the protagonists lying in hospital) that allowed you to switch your currently driven car to any encountered on the streets of San Francisco. But, as the plot contained many references to famous movies, the game turned out to be quite well. Moreover, in 2011 (which was 11 years ago folks), Driver: San Francisco offered a bustling city that was full of pedestrians moving freely, a technology that seems completely beyond the reach of modern hardware or the developers of Forza Horizon any many similar games. In our review, we wrote:

Exactly - "give us more" ... The "more" turned out to be a disappointment, with a side installment released on 3DS and (in 2014) a free mobile game with microtransactions. This was not the future that John Tanner wanted, especially since Driver: San Francisco had great reviews and sold very well. And Ubisoft did follow this streak with another car game - The Crew. As we remember, in the first part there was still a plot straight from an action movie and missions involving secret tracking of target cars, but the center of gravity was shifted from the chases themselves to the open world, which literally covered the entire USA.

The second installment didn't contain any car chases and convert ops. The series have degenerated into a Forza Horizon-like game - the open-world arcade racing genre. This didn't satisfy the players, who, considering the protracted wait for the next installment of GTA, expected games in which they can traverse the city in their favourite car and engage in thrilling police chases.