Might & Magic: Heroes VII for PC is the seventh major installment in the cult turn-based strategy game series. The game, as were two previous titles in the franchise, was published by Ubisoft and developed by a third-party studio  this time around it was Limbic Entertainment, the creators of the Might & Magic: Heroes VI expansions as well as Might & Magic X: Legacy, an RPG set in the same universe.

The story of Might & Magic: Heroes VII takes place ten years after the events of Heroes of Might and Magic V, and its main theme is the civil war with the throne of the Empire at stakes. The campaign focuses on the young prince Ivan Griffin, Duke of the Griffin Duchy, who convened the so-called Council of Shadows, which affiliates six factions, in order to claim the crown. To help the hero succeed, his councilors tell him the tales of the history of their people presented in the form of separate campaigns. Thanks to this solution, the story mode is very much non-linear.

Might & Magic: Heroes VII offers six playable factions, including Academy, Dungeon, Haven, Necropolis, Stronghold, and Sylvan (two of which were selected by the gamer community in an online poll). The basic gameplay mechanics are based on the solutions known from the previous installments in the series. The game remains a turn-based strategy with RPG elements. In the game we traverse vast maps, gather resources and develop our cities. We also develop our heroes, recruit units and fight battles on detailed battlefields.

The developers listened to fan feedback and restored numerous elements, which the previous entry lacked, to Might & Magic: Heroes VII for PC. First and foremost, the economy is no longer overly simplified and once again consists of seven resources instead of four. Each faction has a 2D town screen with individual animated elements (in HoMMVI it was restored only after the release of patch 1.5). The city transformation system, which automatically transformed a conquered metropolis into one that fitted our heros origin, was removed, too. Units lost the ability to teleport between locations (it is necessary to use a caravan again). During battles, we will make use of siege engines (i.e. ballistas, medic tents and their counterparts) once more. Moreover, the classical spellbook and spell-learning via the Mage Guild were restored, as well.

Spheres of influence as well as the expanded hero development system (in Might & Magic: Heroes VII we are still able to see all skill trees from the start, and can therefore plan ahead the evolution of any character) were preserved. The adventure maps became more open, which put more emphasis on exploration. Moreover, the available levels were enriched with a larger variety of terrain shapes as well as new interactive elements that allow us to, for example, use a fixed amount of resources to build a bridge over a gorge. Furthermore, we can now appoint governors for our cities, which translates into various benefits, and the development plans contain mutually exclusive structures. The latter innovation comes with the increased number of recruitable units, ranging from seven to eight per faction (each town offers two variants of the top tier creatures to choose from). Battlefields were also enriched. Additionally, the tactical aspect of combat was emphasized by implementation of considerable bonuses for attacking from the flanks and the back.

Might & Magic: Heroes VII for PC is powered by Unreal Engine 3. As far as graphics quality is concerned, the game does not deviate significantly from its predecessor. However, thanks to the increased amount of visual effects and objects present on maps, the title can be more pleasant to look at than Heroes VI.

It is also worthy of mention that the production comes with a rather advanced map editor that can be used to create your own scenarios, featuring scripted events and other original solutions.

The guide to Might & Magic: Heroes VII contains all information required for effective and joyful playing. This game is the next installment in the very popular series of turn-based fantasy strategies. 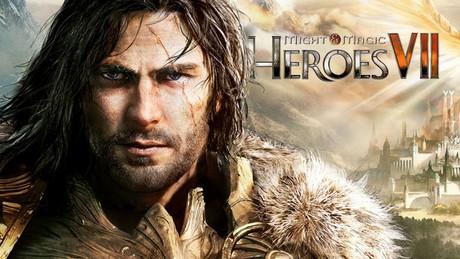 We've decided to take a closer look at the latest installment of the legendary strategy series, created by Limbic Entertainment.

Limbic Entertainment gave us Might & Magic X: Legacy as well as Might & Magic: Heroes VII and the Trial by Fire expansion pack. Now Ubisoft have decided to part ways with the developer and hand over the series to another studio.