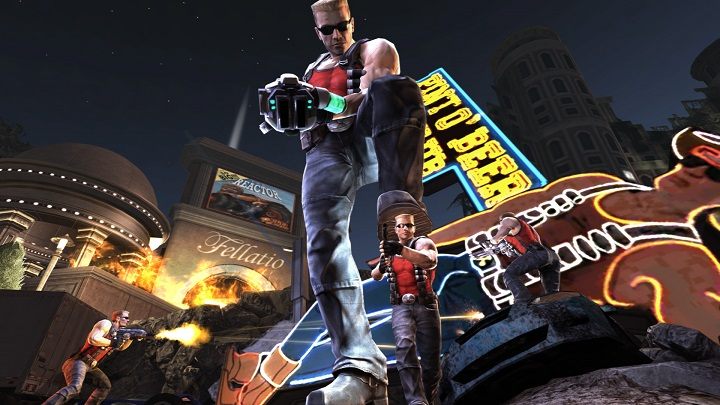 This could be a great Duke Nukem, but I think he was a few years too late.

Duke Nukem Forever is a perfect example of squandered potential. After the wave of popularity of the series, which surged after the premiere of Duke Nukem 3D, the release of a follow-up seemed a formality. The announcement came soon after, and it was all honky-dory. Sadly, the subsequent events were all but joyful – the game was postponed several times, until the devs finally ran out of money. This project was transfered to Gearbox Software, and a few more years the game finally saw the light of day. However, it turned out that Duke Nukem Forever came far too late.

Well, such a long production process seemingly didn't do the quality of this game any favors. The consensus of reviewers and fans alike was simply that the game came too late. It turned out that switching to a completely new engine, which was one of the major factors contributing to the indefinite delay of the game, was simply unnecessary. You could also clearly see that the game was developed by a handful of different developers over the years, as it was using elements popular on different stages of video games history (such as automatically regenerating health, or the limited number of weapons you could carry), but this inept amalgam only angered fans, as it simply didn't fit the vibe of previous hits. On top of that, the graphics were lousy, as was the multiplayer, clearly evidencing that the devs weren't able to keep up with the industry's standards. The charismatic protagonist and preserved, hallmark boorish humor didn't save the game.