The Witcher is among the greatest phenomenons of the past decade. You might think otherwise (although it's unlikely), but the sales results of the third Witcher along with expansions (28.3 million Wild Hunt copies sold by April 2020), which means more copies sold that GTA IV (25 million according to 2013 data  last time Rockstar boasted sales), FIFA 18 (24 million as of October 2018) or any installment of the Assassin's Creed series (the fourth installment of which surpassed 15 million copies, though it should be remembered that exact figures for Origins and Odyssey are not widely known).

CD Projekt RED has curated a franchise that is recognisable and appreciated worldwide, which not only greatly raises the expectations of the studio's next work, Cyberpunk 2077, but also significantly boosts the sales of various gadgets, and the general, global popularity of The Witcher.

But you know, all that glitters isn't gold. Thronebreaker's disappointing sales (Steamspy says fewer than 300,000 copies) and the bumpy road behind Gwent prove that the name itself isn't quite enough to sell any product. These two games are still quite recent endeavors, but they are unlikely to penetrate the mainstream the same way as like the trilogy of the White Wolf. They're more likely to share to fate of surprisingly many games, through which the industry was for years trying to sell the franchise to gamers. Virtual board game, a MOBA, a platformer  there were different angles of approach, and the result was often more than average in terms of mechanics, but all these games were buried for different reasons. These games shone very briefly and few players remember them today. 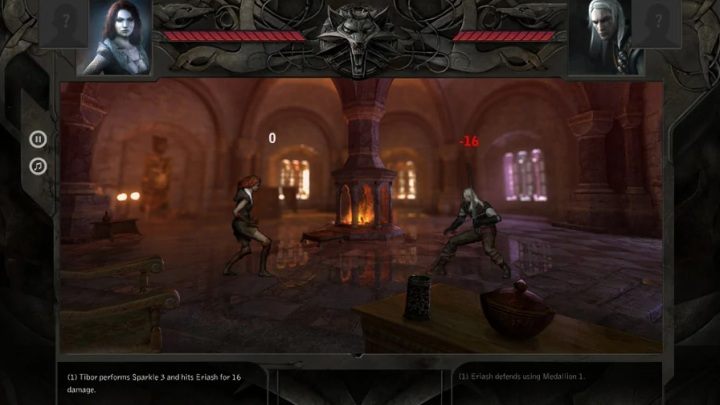 CD Projekt RED came up with the idea of developing its brand with spin-offs very early, and in 2008, less than a year after the release of the first Witcher, we saw The Witch Versus, developed by One2tribe. The team was somewhat ahead of times, and a few years before the Facebook gaming boom, launched a game dedicated to web browsers (and eventually released an iOS version as well).

Versus was based on the principles of today's forgotten play-by-mail correspondence games. One player pre-arranges a combination of attacks that his character would perform, and sends it to the opponent. When the opponent finds the time, they take up the challenge. Unaware of the enemy's combination, they create their own attack Once these steps were completed, the fight proper would commence, and it was all completed automatically, using decent, animations.

It was all based on elaborate rules of rock-paper-scissors. Attack A was very effective against attack B, but left you exposed to attack C. There were also special modifiers, and a few available and distinct classes (witcher, sorceress, and... a frightener, because why not?) as well as character development. The premises were simple, but the game was quite fun. 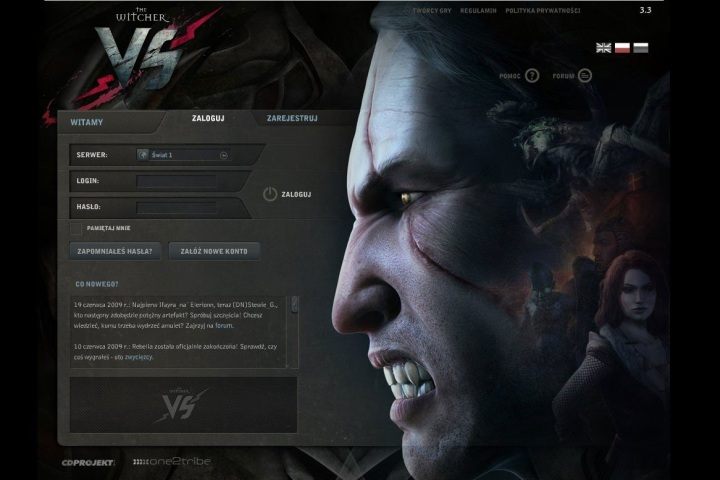 Wiedzmin Versus enjoyed decent popularity in Poland. I myself, as a devoted fan of Sapkowski's prose, used to be quite an avid player of that particular game. The game lived for four years  on May 31, 2012, its servers were shut down. Studio one2tribe announced that this was not the end of Versus's story and that they intended to bring it back as a game unrelated to The Witcher, but these plans were not realized in the end.