Since you enjoyed the first part of our Polish Witcher Trivia series, it’s time for a follow-up. For those of you who don’t know what’s going on, The Witcher 3: Wild Hunt has certain Easter eggs that are clear for the Polish audience, but players from other countries may have trouble understanding them. Two weeks ago I talked about Brunwich and its relation to Polish literature. This week, we’re looking at the main plot theme of The Witcher 3: Hearts of Stone and how it is built around a poem by Adam Mickiewicz – Pani Twardowska (Twardowski’s Wife).

As we progress through the story, we come to a realization that Master Mirror is a powerful person, but we still don’t know his true nature. The mysterious man admits that he signed a certain pact with von Everec and the agreement can be fulfilled only when Gaunter O’Dimm grants three of Olgierd’s wishes and they stand together on the Moon. So let’s take a closer look at Adam Mickiewicz’s poem (as translated into English by Dorothea Prall Radin), which was inspired by a legend of Jan Twardowski and see where it gets us.

On Bald Mountain not so lately

You bequeathed to me your soul.

Wrote your name down accurately

On a bull's hide for a scroll.

Of the contract on your scroll;

When the time of my perdition

Comes and you demand my soul",

"I am still to have one little

Right: to set a threefold task:

You must do each jot and tittle

Of whatever I may ask."

Hearts of Stone offers a small variation of that idea, since the agreement says that O’Dimm will have someone to help him, and that person will fulfill Olgierd’s wishes. Let’s not forget, though, that Twardowski’s story is a legend, the interpretation of which can be a bit flexible. Besides, the story had to involve Geralt in some way. However, that’s still not all there is to that Easter egg. 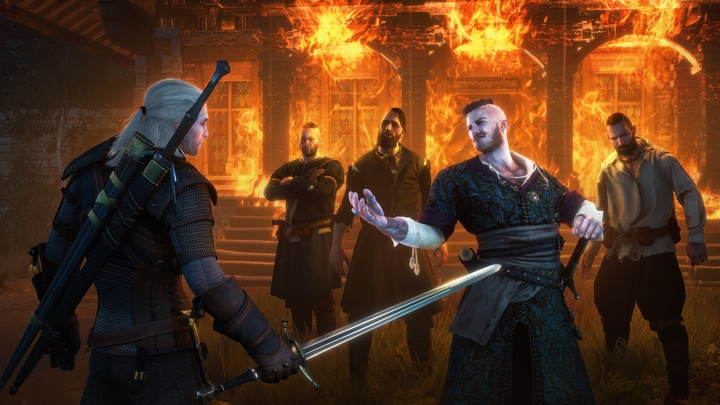 And thus begins a duel during which we realize that Olgierd is not a regular man.

When the witcher goes back to the mansion after dealing with the monster found in Oxenfurt’s sewers, he finds Olgierd and his company’s place in flames. One of the Wild Ones tells Geralt why the manor is burning: “You know how it is – feast drags on with plenty o’ dancin’, merry-makin’, rough play”. And while this explanation doesn’t ring any bells for the international audience, what the Polish players got here was a direct quote from the beginning of Adam Mickiewicz’s poem:

They shake the inn from floor to rafter

And although the merry band is in the mansion and not the inn, the next temporary living place for Olgierd and the Wild Ones becomes the Alchemy – an inn in Oxenfurt. Speaking of inns, the poem refers to an inn named Rome as a place where the agreement will be fulfilled (Twardowski was supposed to meet the devil in Rome, where after two years of servitute he would take his soul). As I mentioned before, in Hearts of Stone the Moon is where the agreement was supposed to conclude – and there’s a reason for that, too (in the poem Twardowski ended up on the Moon while running from Mephisto). As for Olgierd’s reasoning, he believed that this point of the arrangment would save him from ever giving up his soul to Master Mirror, but O’Dimm chose wisely when he decided that the final meeting would take place in the Temple of Lilvani. 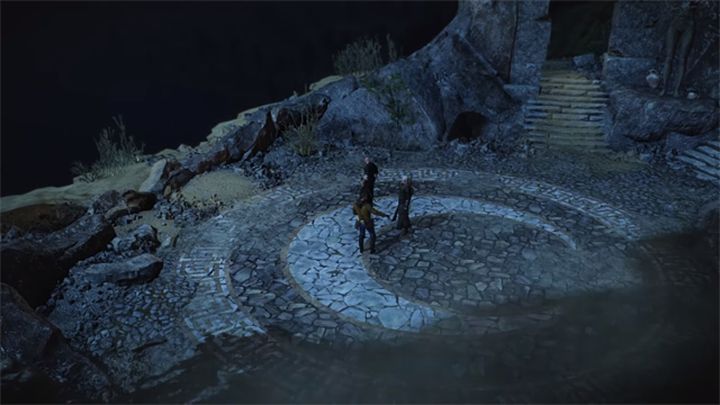 After all, Olgierd and Master Mirror both ended up on the Moon (with Geralt). 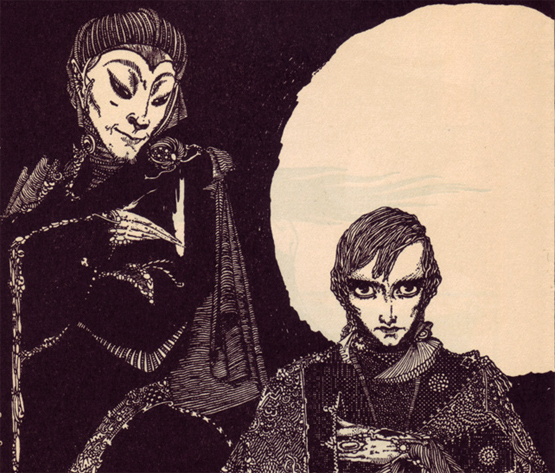 The Easter egg goes on. According to the legend of Twardowski, he was supposed to be a courtier of a Polish king, Sigismund Augustus. After the death of his wife, Augustus surrounded himself with magicians and astrologers. Twardowski, who had learned magic thanks to his deal with the devil, summoned the ghost of the king’s dead wife using… a mirror. Twardowski’s Mirror. Master Mirror. That’s definitely not a coincidence!

So what about all the fans from around the world who are not familiar with Twardowski’s story? Well, all is not lost. The persona of Twardowski is definitely similar to one originating from the German culture – Doctor Faustus. The developers couldn’t expect many people outside of Poland to know Adam Mickiewicz’s Twardowski’s Wife or the legend of Jan Twardowski, but it’s not too far-fetched to expect people to recognize a character from the works of Goethe or Thomas Mann.

I hope you found these fun facts interesting and you’ll stick with us for more Polish Witcher Trivia. The next bit will be published again in two weeks. If you missed the previous part, you’ll find the link below. Stay safe on the witcher path!