Every new generation of consoles can both please and sadden players. It evokes positive feelings, because a new technology is being introduced, which offers a ravishing feast for the eyes, allowing game designers to take another step towards photo-realism and providing gamers with even more sophisticated video games. On the other hand, it's sad – because we have to part with a device that has been able to entertain us for the last few years. However, before we express our first exclamations of delight about PlayStation 5, we'll still have an opportunity to spend a few fantastic months with up-coming video games on PlayStation 4. If you own a PS4 and aren't sure what to expect or prepare for in 2020, then you should take a look at the next few pages of this article. We have described the most interesting PS4 titles that will be released before PS5 premiere. Who knows, maybe one of the items on our list will become your personal favorite video game offered on Sony's device.

How about sharing your opinion and posting a comment in our discussion section – write about your most vivid memories related to the current, expiring generation of consoles. 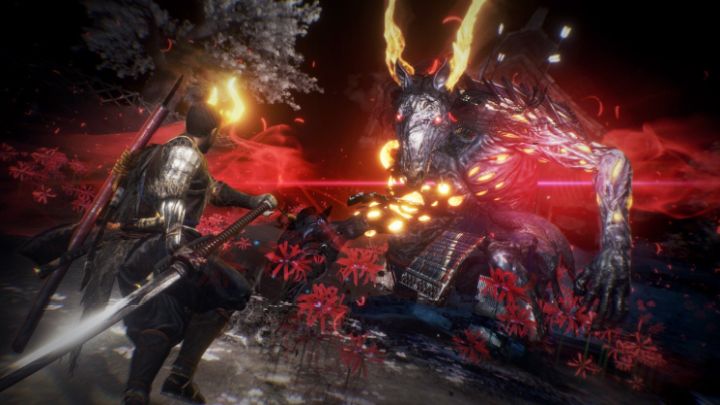 Sometimes the question arises, which came first? The chicken or the egg? It seems an appropriate question in this case, because the Japanese Team Ninja studio is one of the forerunners of introducing a high level difficulty to the slasher genre. The first part of Ninja Gaiden is an excellent example in this regard. Most probably we will never find out how many controllers have been smashed into pieces after excessive gameplay. NiOh followed in the footsteps of its famous predecessor, but also culled a lot of ideas from Dark Souls series – a franchise which in the meantime has created a completely new genre. Typical brawls and fights well-known from Ninja Gaiden were replaced by a more tactical combat, which still had a much faster pace than battles in titles offered by competition.

The first NiOh was created in a painful process which lasted for twelve years. Thankfully, fans have to wait just three years for a continuation. It's a pity that the second installment will no longer offer a white-haired hero, but in return players get an opportunity to create their own virtual alter ego. Also, the action takes place a little earlier than in the original, and the main premise of the game is to get rid of evil demons known as yokai in Japanese culture. Interestingly, our hero will be a half-man, half-demon, so we can count on spectacular transformations. The recently available beta version had a very punishing level of difficulty.

Team Ninja was once led by the eccentric Tomonobu Itagaki, a rather reserved and self-contained guy, especially during the interviews. This doesn't change the fact that this man was also extremely talented and he supervised such hits as the Ninja Gaiden and Dead or Alive series. However, more than ten years ago, the designer has parted ways with the company, accusing Tecmo (his publisher) of not paying his due money. Since then, Itagaki unfortunately hasn't managed to create anything worthy of attention – the Devil's Third video game released on Wii U, developed by his Valhalla Game Studios, is considered as one of the worst titles available on this gaming platform.