Duke Nukem is one of the absolute legends of interactive entertainment. The Duke had its biggest success in the 90s, as an American muscle guy with an endless supply of huge guns and boorish jokes. After all, who among us wouldn't like to become the combination of John McClain of Die Hard with Schwarzenegger and Stallone for a moment? And although over the years the sensitivity of the audience and the perception of video games as a medium has undergone certain changes, the stuffed Duke remained an icon  a kind of "fantasy of force," a guy who is not worth messing with, and who, without embarrassment, can throw silly jokes in between emptying clips. 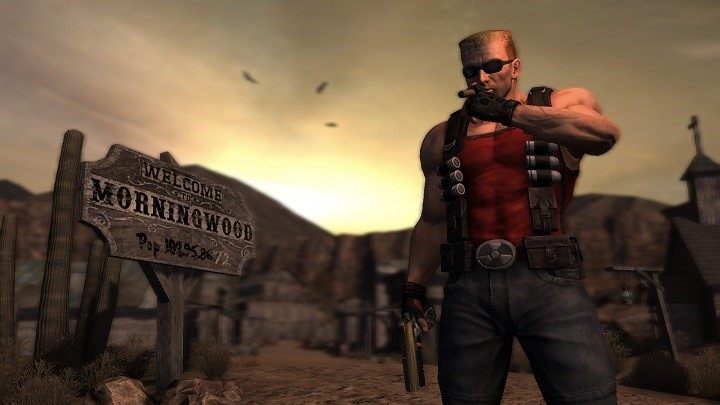 Who would have thunk this guy also recreationally looks for poop?

Released in 2011, Duke Nukem Forever, despite all its shortcomings (and there are a whole bunch of those), conveys the character of the Duke well. It's an extremely exaggerated figure, a relic of its own era, with many sexist strings and an IQ smaller than the circumference of his own biceps. But that's exactly the thing  being a tough guy who drinks beer and gets stuffed with steroids, shoves lead into strangers and roughs up every girl who's within a kilometer. But if this is the case... digging in other people's feces is somewhat surprising. This is one of those moments where the humor in Duke Nukem Forever reached a literally shitty level  to get one of the trophies, we have to search a toilet and pull someone's pile out of it. What? Expecting a punch line? A funny remark from Duke? Not this time, although remember  a picture is worth more than a thousand words.