We all know that video games feature elements that might be translated into other media. Games can introduce an entirely new story, likeable characters, interesting mechanics, atmospheric locations, and so much more. Let us see whether these elements can create a recipe for a good tabletop adaptation.

When lights go down

Have you ever found yourself in a situation when your neighborhood goes out of power right in the middle of one of the most intense boss fights in your entire life? Or maybe you were about to go out of town with a group of friends without the option to take your favorite video game with you to share with the guys? Ive been there, more than once.

There have also been many occasions when I really got into a world featured in a video game and had a difficulty leaving it behind after I finished the game. I wanted something more Books? Sure, I will have some if there are any. But then again when reading a book, I can enjoy the story once and some time will have to pass for me to read it again. Let me think of something else. Something that expands the universe I fell in love with, features the characters I have already grown fond of, introduces new elements into the general lore, and has a decent level of replayability? The answer is simple  board games, of course! Not to mention the fact that they are perfect to share with somebody else.

There are tons of tabletop adaptations of video games that allow us to stay in a given universe for just a bit longer. In this feature, I want to draw your attention to this topic and show you different methods of taking what works on the screen and putting it on your tabletops. 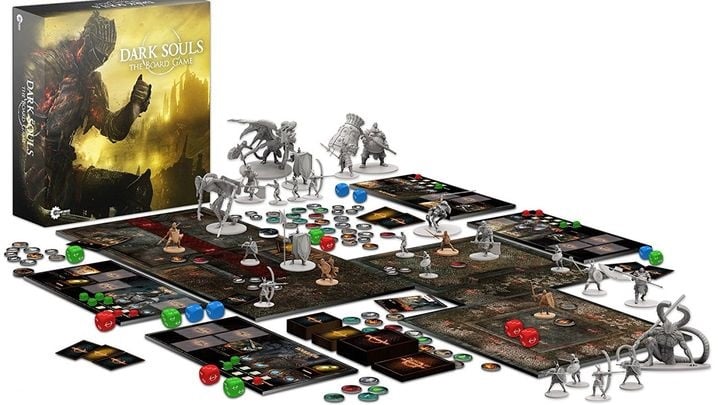 The power of a franchise

Unfortunately, some of the tabletop adaptations of video games do not adapt that much from their source. Quite often developers decide to use the tested mechanics and combine them with another setting featuring some graphics and characters known from a video game. Such games include all the variations of Monopoly, Scrabble, Risk, Carcassonne (did you know there is such a game as Carcassonne: Star Wars?), etc.

There is also Resident Evil Deck Building Game. Popular franchise? Indeed. Graphics from all installments in the series? Sure! Likeable characters which players remember from their screens? They are there, all right. A new chapter in the story embellished by memorable mechanics? Well unfortunately not. Even though your task is to look for those who survived the zombie plague and gather as many weapons as possible (by drawing cards from the deck onto your hand) there is no sense of threat lurking behind the next corner, no mystery to solve, and no atmosphere we grew to like. There are, however, games that do much more than that

And the story goes on

Firstly, there are titles that develop the story started by a video game and add some new elements (or even characters) to it. In these games, the mechanics are often much different to what players got accustomed to with the electronic original. One of such games is without a doubt This War of Mine: The Board Game funded through a Kickstarter campaign and released in 2017. This cooperative tabletop adaptation encourages players to make moral choices, gather different resources, fight other survivors, and, most importantly, survive for as long as possible. All this in accordance with the Book of Scripts including 1900 different events, in which players get to familiarize themselves with the in-game world and decide on how their characters are going to proceed in the story. Not to mention the beautiful and detailed minifigures, tokens, and the board itself. 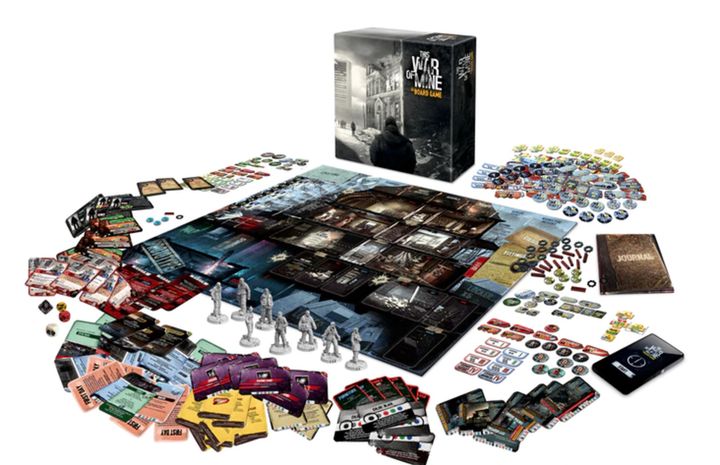 Even with all these elements, this is an open and play game  this means it takes very little time to set up.

I remember how difficult it was for me to pick up my jaw from the floor after seeing the ending of Bioshock: Infinite. As a big fan of this franchise I have to say that its latest installment was a blast and I enjoyed it as much as the previous two parts (together with the expansions, of course). Imagine how happy I was when I found out there was a board game set in the sky-city of Columbia! Bioshock Infinite: The Siege of Columbia is a game for 2-4 players, in which they assume control of either the Vox Populi or the Founders, who fight each other for the control of the city. Even Booker DeWitt and Elizabeth appear in the game as independent characters whose actions are dictated by players decisions. This board game features mechanics involving different timelines that are dependent on Elizabeths location and/or condition. Each timeline features a separate story for you to discover which then alters the gameplay itself, forcing players to adjust their strategies. The game brings back all the memorable characters from the original (even the Handymen are there! And they have their own plastic figures!) and allows you to return to Columbia for something more. A closure? Well, definitely not  it is simply impossible to play this game just once.

There are also those video games that introduce groundbreaking mechanics. Players get to do something new with the character they control  and this makes the overall experience even more enjoyable. Some of these games have received solid tabletop adaptations allowing players to translate their strategies and favorite moves from their screens onto a board. Two of such examples involve DOOM and Gears of War. Let us see how these games work. 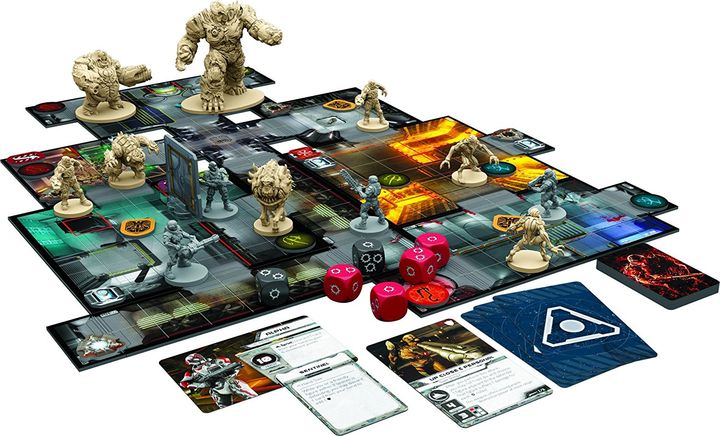 Yes, I do realize that it is impossible to recreate DOOMs dynamic gameplay on a board. But hear me out regardless of that fact. DOOM is also about experiencing the atmosphere, exploring detailed locations, slaying hordes of demons, shooting anything that moves with tons of bullets (or plasma projectiles, for that matter), and performing the so-called glory kills. All these aspects are present in Doom: The Board Game (Yes! Even the glory kills are there!). 2-5 players get to choose whether to control UAC Marines or Demons in a series of scenarios comprising epic battles and complex operations. Each marine has a unique ability he or she can use when fighting the swarms of monsters in narrow and dark corridors represented on the modular board  its layout changes with each separate mission.

And then there is Gears of War: The Board Game. This cooperative game is somewhat similar to the one described above, nonetheless, it perfectly utilizes the basic mechanic from its original, namely the cover system. In both the original and tabletop versions, if you fail to hide behind cover, your character dies almost instantly. Combine this with strategizing how to eliminate the Locust using all the available weapons, abilities, and companions and you can immerse yourselves in the Gears of War universe one more time. And one more. And just one more This is how addictive these games might be.

The die is cast

This is only the tip of an iceberg when it comes to the board games based on video game franchises. There are many different games representing all the possible genres and featuring multiple mechanics. Even though to some people they might seem as an attempt to milk the fans just a bit more, there are titles that are a source of entertainment and allow us to enjoy a setting which we have grown to love so much when playing a given video game.

Board games worth checking out

Apart from the games that I mentioned above, there are some more that you should definitely check out. If youre looking for some fun times with your gamer friends but without the use of your PC or console, you should give these a chance:

And what is your opinion about this? Do you think that it is a good idea to translate video games onto boards and cards? Are there any games I have missed on my list? Is there a game you keep playing with your friends? Tell us in the comments!