Street Fighter V, released on PC among other platforms, is the fifth installment in the cult series of Japanese fighting games launched in 1987. Similarly as in the case of all previous Street Fighter games, it was developed by the Japanese company Capcom. PC version is one of two available editions of Street Fighter V as a result of a strategic partnership between the developer and Sony Computer Entertainment. Despite the fact that there are very small differences in visuals between this and previous installment of the series, Street Fighter V has somewhat bigger system requirements. The difference, however, isnt big enough for the game to require a high-end computer.

The gameplay mechanics of Street Fighter V on the PC and PS4 platform havent changed greatly in comparison to previous installments of the series. As before, it is a classic fighting game in which two characters battle each other using various, more or less spectacular attacks. 16 fighters are available in the basic version of the game, four of which appear for the first time in the history of the series.

V-Gauge is the biggest introduction to the Street Fighter Vs fighting mechanics. It is a special bar which is filled when the character is attacked. The player can use the accumulated energy in one of three ways. V-Skills are powerful attacks, different for each fighter. V-Reversals allow counterattacks. V-Triggers use the whole V-Gauge, offering a time-limited bonus (for example, increased damage). Additionally, Stun Gauge was added. When it is filled, after receiving a specific number of hits, it temporarily stuns the character (this is supposed to encourage players to employ a offensive game style).

Despite these new additions, the game still employs old mechanics from the previous Street Fighters, including the EX Gauge  a bar which is filled when attacking and which allows the fighter to perform special moves or powerful combos (Critical Arts).

Street Fighter V on PC and PS4 offers classic game modes, both for one and more players. The available modes include story mode, single battles, small tournaments, network multiplayer, offline multiplayer etc. There is also a training option that enables you to practice, test your combos and improve your skills.

The artistic conception in Street Fighter V on PC and PS4 platform hasnt greatly changed in comparison to the previous game in the series  it is still fully three dimensional, but featuring a comic-like style. Due to that, the game is hardly a graphic revolution over Street Fighter IV, even despite the fact that a new engine, Unreal Engine 4, was used.

It is worth mentioning that Street Fighter V offers players of both PC and PlayStation 4 versions the option to play together (cross-platform function). 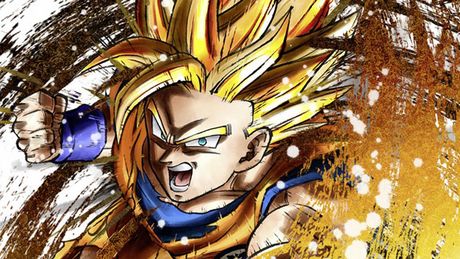 For the Evo 2019 tournament, Capcom will provide a free PC (Steam) and PlayStation 4 trial of Street Fighter V. From August 1 to 11, everyone interested will be able to check out the basic version of the game and the characters who were added in the third season.

We have learned the content of the next edition of PS Plus. In September two titles will be made available to the subscribers of the service - Playerunknown's Battlegrounds and Street Fighter V.

A new leaka of documents stolen from Capcom's servers confirms that Street Fighter 6 is in the works and that it will be released on consoles and PCs.