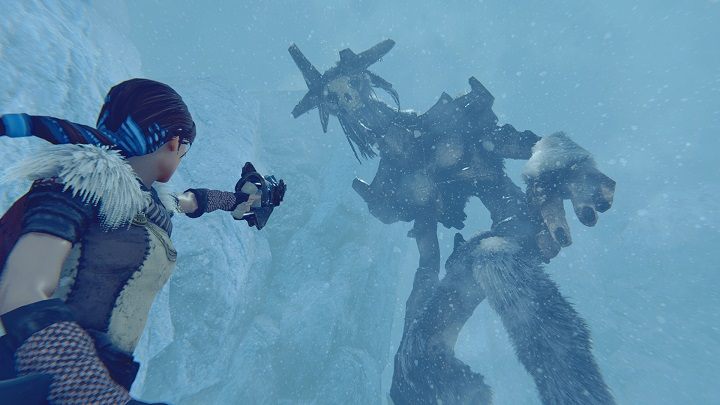 A spiritual successor to Shadow of the Colossus.

Praey for the Gods (originally Prey for the Gods) is the debut title of No Matter, a small three-man studio. The game (announced as far back as 2016) is heavily inspired by the cult-classic Shadow of the Colossus. Here, we find ourselves in an ice-bound world, where, as a lonely heroine, we will try to discover the reasons behind the endless winter. In the course of the adventure, we will have to face dangerous titans. Praey for the Gods is available in Early Access from January 2019 and has been very well received by gamers.

The core of Praey for the Gods is combat against the aforementioned titans, which requires finding their weak points and using them against them. Aside from that, the creators have made an effort to introduce some gameplay between the clashes. Thus, the game received survival elements and a crafting system. During the difficult journey, we will have to create objects that will be useful in exploration and combat, as well as provide shelter and food for our character.