After the unexpected canceling of all industry events, rescheduling premieres. and switching to remote work, the gaming world begins to "embrace the darkness", or even wake up to life. Even more  it's starting to make up for the lost time, and in the second half of 2020, we're going to have a real barrage of high-profile game, one by one. And the culmination of all that will supposedly be the almost simultaneous launch of the next-generation consoles: PlayStation 5 and Xbox Series X. This poses a threat to our wallets, free time, and social activities  but these are the problems we don't mind having.

There's a fair amount of tranquility still ahead of us, save for the incredible experiment of a flying sim returning to the AAA league. But come late September, and we're in for at least two great releases every month. Some of them will certainly enter the race for the game of the year. 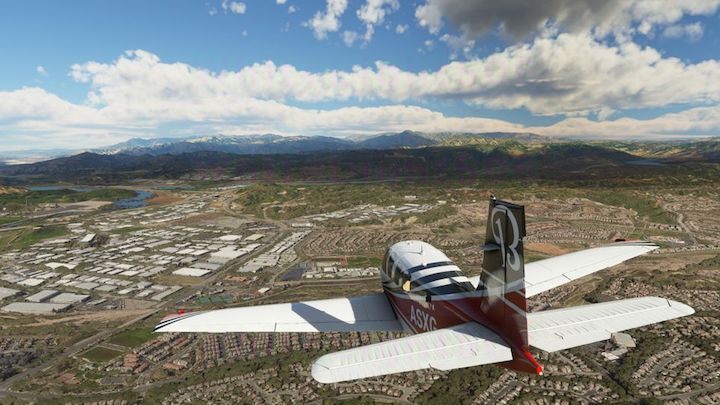 What is Microsoft Flight Simulator?

MFS simulates flying civilian airplanes. So there's no combat, no enemies, nor any kind of plot. Instead, we're flying from point A to B, preferably maintaining all authentic procedures using the realistic cabin handling, learning the meaning of every dial and function of every switch in the cockpit. In many ways, this is a game for aviation enthusiasts, but there also will be simplified mode of play that'll let everyone fly airplanes.

What can't go unmentioned is the level of graphical fidelity this game will offer (to everyone with enough TFLOPS), especially in the most beautiful locations on Earth, for MFS will actually let us fly around the entire world. Not noly that: the locations are created using Bing Maps satellite images, and  again, depending on the efficiency of internet connection  much of the data will be downloaded straight from the cloud.

At 38 years old, Microsoft Flight Simulator is actually the oldest game series on PC. As a concept, it's even older, with all the original iterations developed for different platforms, including 8-bit way back in the 70s. The first versions of the program ran on their own operating system  Flight Simulator provided an OS for the computer.

Take off, flight, landing. It's of course more fun than that, and each of this stages involves it's own complexity  just turning the engines on can be tricky if you've never done it. MFS doesn't offer usual game modes, such as a campaign, plot, or elements of progress. The only thing like that you can expect are different challenges and achievements to complete.

It is a bit like the Euro Truck Simulator 2, without economy and with insane graphics. The creators don't bother with all that. Instead, they give us perhaps the most realistic rendition of aviation physics to date, topped with realistic flight controls, procedures, and planes, as well as photorealistic graphics. We feel tempted to say "it's not a game for everyone," but... perhaps it's actually the exact opposite  a production so mind-blowing that everyone will want to experience it. It's been fifteen years since the last flight simulator from a big publisher.

WHT IT'S WORTH WAITING?

For gaming veterans, it will be a nice return to the past, the times when we launched Microsoft Flight Simulator just to fly over a city. The fact the animation was stuttering on almost any platform was irrelevant. Not when you could marvel at the Golden Gate or the NYC skyline. And since the new Flight Simulator 2020 will be available through the Xbox Game Pass subscription, pretty much everyone will be able to enjoy the peacefulness of the sky in a Cessna, unless they opt for stormy weather.