Everyone knows what a cat looks like. More often than not, though, we seem them live than on computer screens. In games, these animals don't appear all that often, as if out of shyness, but actually probably out of laziness. Maybe it's also about a certain resentment towards humans, because we have reduced them in many other games to not-very-resourceful, sweet balls of fur with huge eyes. And it all started so well...

Fortunately, there are a few games where cats have been able to shine – and what we'll talk about here. Captain Claw and the Khajiit race in The Elder Scrolls universe show these furry animals as agile, quick and clever creaturs who are not afraid of... piracy. On the other hand, in Blacksad: Under the Skin, we have a detective cat in noir style. There's a lot of interest is generated by the current Stray, which will serve a rather gloomy story about a lonely cat in a big city.

If you're looking for cute kittens on your screen, the choice is much greater. From among the most mainstream games, we can mention Yuumi from League of Legends – this cute kitty is a bit controversial and has quite unusual behavior. Which makes it a genuine cat, I guess.

Fortunately, cute looks don't always go hand in hand with infantile gameplay. Several games try to put the sweet animals in the face of a great and dangerous adventure, often with lots of auto irony. Cat Quest and The Chronicles of Nyanya are among the best games in this category. 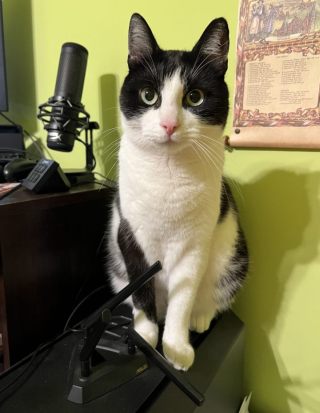 The cat (Felis catus) is a domestic species of small carnivorous mammal. (Wikipedia).

About 60 cat breeds are recognized by various cat registries(...) The cat is similar in anatomy to the other felid species: it has a strong flexible body, quick reflexes, sharp teeth and retractable claws adapted to killing small prey. Its night vision and sense of smell are well developed.

Cat communication includes vocalizations like meowing, purring, trilling, hissing, growling and grunting as well as cat-specific body language. A predator that is most active at dawn and dusk (crepuscular), the cat is a solitary hunter but a social species.

Cats were first domesticated in the Near East around 7500 BC. It was long thought that cat domestication began in ancient Egypt, where cats were venerated from around 3100 BC. As of 2021, there were an estimated 220 million owned and 480 million stray cats in the world. 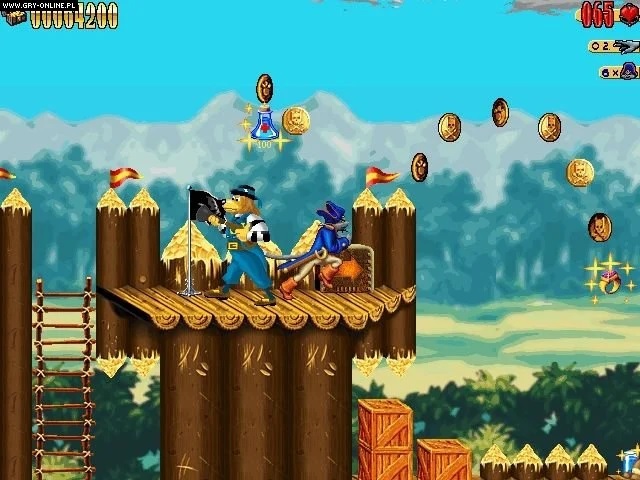 Claw blazed a trail for cats to conquer the world. However, they slept through the occasion.

The game that could have started the march of the cats to the top of gaming was definitely Claw from 1998. We controlled the title pirate, fighting an evil dog called La Rauxe and his army of more or less dangerous henchmen. The cat is not only the main character here, but also a fearless warrior – strong, cunning, and deadly. In a single word – it's the exact opposite of Jack Sparrow from Pirates of the Caribbean.

The plot is classic – captain Claw, trapped by the evil dog(although from the legal point of view, it's our hero who's the bad one), Captain Claw has to get out of prison and start looking for the missing gems from the Amulet of Nine Lives. Along the way, of course, we come across many challenges that test both our dexterity and cunning.

Unfortunately, other cats in the gaming industry have turned out to be much lazier, and after more than 20 years, the Claw remains one of the best cat characters in the history of computer games.