Skyrim and other The Elder Scrolls – everyone was a Khajiit once 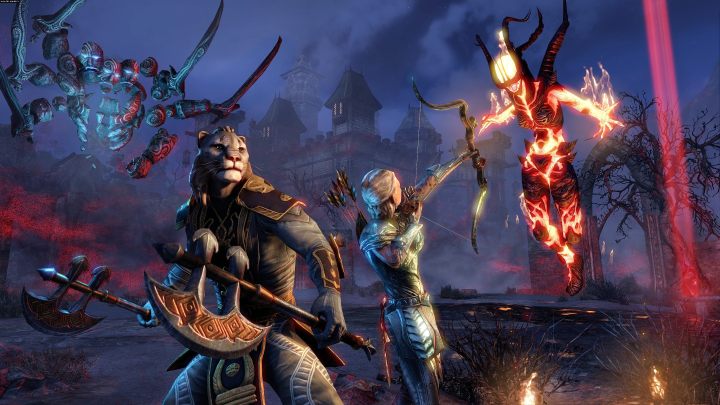 The universe of The Elder Scrolls games is certainly familiar to most RPG fans. The first entry in the series, The Elder Scrolls: Arena, appeared in 1994, but it was eight years later that the franchise really broke through to the mainstream with part three, the unforgettable Morrowind, the grandpa of all modern RPGs. The latest installment, The Elder Scrolls 5: Skyrim, is a bit like Grand Theft Auto 5 of the fantasy world – spanning three generation of consoles, and without immediate prospects for part six.

Cats started for real in TES exactly with Morrowind. In the first two installments of the series, the Khajiit were more cat cosplayers than full-fledged cats. Since 2002, however, we have been dealing with a great cat race.

What are the most important qualities of them in the series? There are some muscular warriors and powerful mages resembling more ordinary domestic cats among them. Most, however, are similar in size to humans, slim, extremely agile and able to move almost completely silently. When we top it with great eyesight, which isn't intimidated by darkness, we get natural thieves and assassins. Another common career path for representatives of this breed is trade. Hence the famous words that became part of the gaming culture:

Khajiit has wares, if you have coin.

Due to their animalistic appearance and natural predispositions to the thievery and trade, many inhabitants of the Tamriel continent have a stereotypical view of the Khajiites – as representatives of the social lows, rogues, crooks and vagabonds. In the past, they were often used as slaves by wealthy elves. All this means that many representatives of this kind do not live in rosy circumstances – the widespread lack of trust makes it difficult for them to start legal work, and shady business, often conducted out of desperation, only pushes the spiral downwards.

An interesting cat outfit, but not very favorable in terms of PR.