League of Legends – Yuumi always comes to the rescue 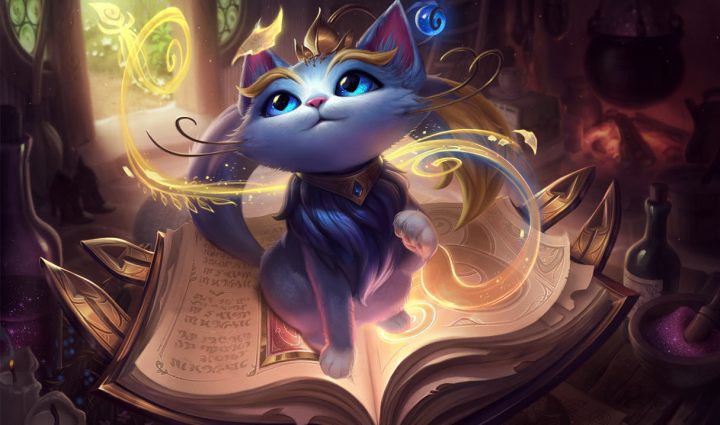 Yuumi is a magical kitten who has lived with Norra the sorceress in the past. After she mysteriously disappeared, Yuumi sits on a magic book and embarks on a quest to find her. Although it is one of the most powerful magicians in the game world, the creators emphasize its feline nature.

Yuumi often indulges in mundane pleasures such as napping or eating fish.

Yuumi offers a very unusual take on the support hero class, requiring a different approach to the game and closer cooperation with the rest of the team. Its introduction aroused plenty of emotions among players. As it happens in LoL, the reception was mostly negative, resulting in an appeal to remove it from the game. Riot has posted a comprehensive explanation of why Yuumi is cool, although so far, many people feel that choosing her is taking the easy way.

Is a cute kitten flying on a book reason enough to play League of Legends? Well that's hard to answer. But if you already play this game and like cats – it's worth trying it!

Not only Yuumi – Rengar and Nidalee

Yuumi is just a cute domestic cat. The game also features the terrifying Rengar, the Vastayan trophy hunter, who is a huge tiger that moves on hind legs and uses the power of invisibility.

Nidalee can also be indirectly included among the felines – although she looks like a young woman, she can turn into a puma, causing quite a stir on the battlefield.