Cats on great adventures – Cat Quest, The Chronicles of Nyanya

Little cute kittens can take part in great adventures too. The contrast between the charm of the main characters and the seriousness of the challenges they face has been used a few times in different works, and you can see the most interesting effects below. 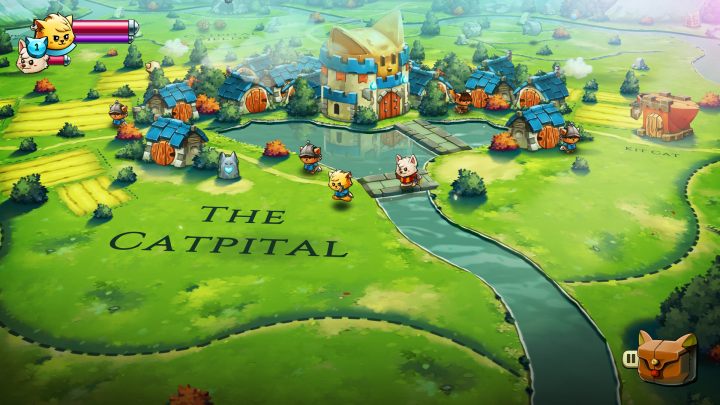 This is my definite favorite among big games about cats. Both Cat Quest and Cat Quest 2 are characterized by charming, very detailed graphics, a pleasant story and many smaller morsels of linguistic play and others. You can see that this is a refined production, even if slightly smaller than AAA titles. It works well on mobile devices, although it's more fun to play on a tablet with a larger screen.

In both parts of Cat Quest, we play the role of a brave cat who must save Felingard from danger. To this end, we traverse dungeons, visit cities and hike through various environments. As the game progresses, we can improve the hero's skills, as well as buy better weapons and equipment.

In the second part, we are accompanied by a canine prince, which nicely expands the gameplay. The fights are quite dynamic, and the different skills of each character force you to carefully switch between them.

The Chronicles of Nyanya 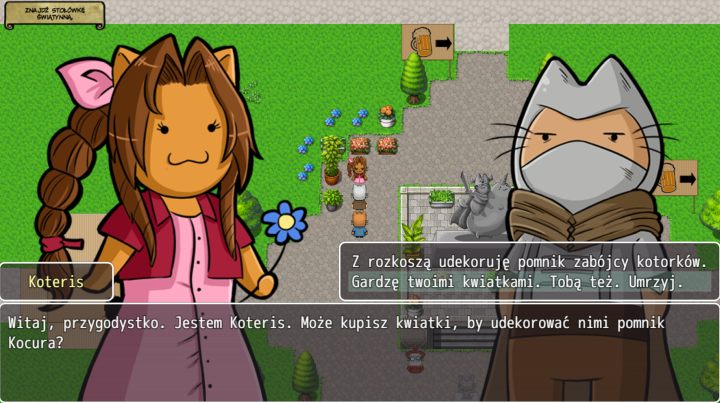 The Chronicles of Nyanya may look bad at first glance. The graphics resemble a hastily created college project, but don't be fooled by appearances – this game is one of a kind. Its biggest advantages are the great distance it has both to itself and to the entire genre, and the dialogues that are full of various witty allusions and jokes.

The main character is the miassassin Mrutair, who travels the world with her companions, fights evil and makes difficult decisions. The combat is turn-based and – like the whole game – treated by the creators with a pinch of salt.

This title was created by a team of two – Ilona (a cartoonist dealing with societal and political sattire) and Adrian. If you like witty humor, The Chronicles of Nyanya seems to be a must-play, because the whole thing follows a similar convention.