Indie cats. A few of the games above are purely independent titles, and this is only a fraction of the available offer. If you like cats and indie games – you have a lot to choose from. However, as in other genres, here also many titles are, to put it mildly, average.

Below are some games worth checking out. 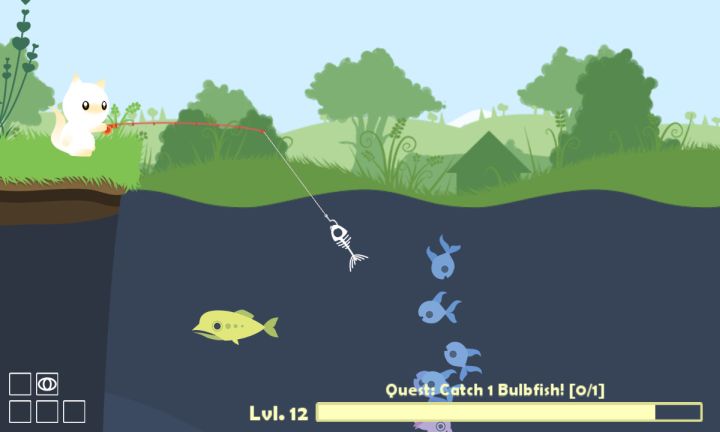 Cat Goes Fishing is an oldie but goodie, with nearly 200 people playing it every day. In this charming fishing simulator, we play the role of a cat following the path "from zero to hero." We start with the simplest rod, but there's a whole ocean of challenges ahead of us with various improvements to the equipment and boats.

The idea for the game is not very innovative, but you know – everything be better with cats. This is confirmed by 94% of Steam reviews being positive. 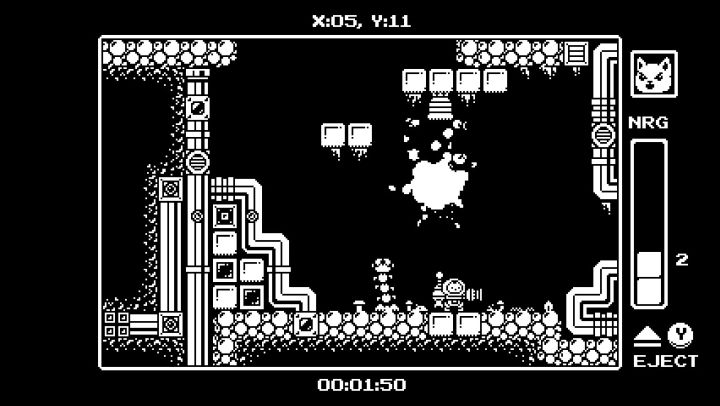 Gato Roboto is a full-fledged retro game. We have pixel graphics, a spaceship, a mech, and hundreds of enemies to defeat. However, the main character sets this title apart from many similar games of the metroidvania genre – it's a cute kitten driving a killer mech. There are also stages in which it is necessary to leave the cockpit – then the player has to avoid combat and take advantage of the small size and high nimbleness of the main character.

The game offers monochrome graphics and a side-scroller view. We travel through a vast labyrinth of levels, where you can find additional equipment, hundreds of enemies, and come across demanding bosses. 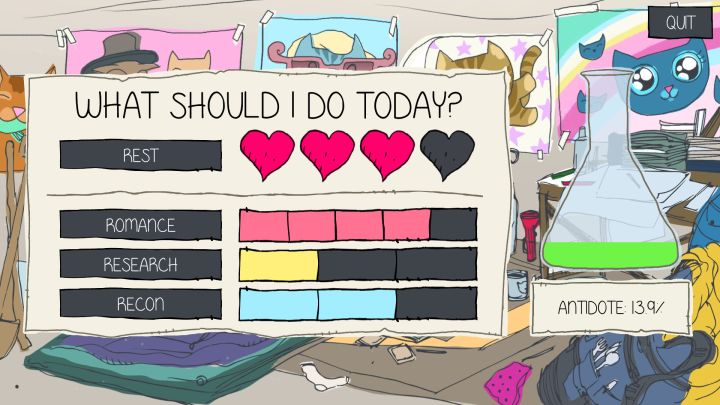 Purrfect Date is a quite an unusual game in which we can date one of six cats. However, this is not an ordinary dating simulator – it also has a plot that reveals the "great secret" hidden on Cat Island, where the game takes place. The whole thing is kept in a humorous convention, although not everyone will probably enjoy it all that much.