Some game developers seem to know no moderation when it comes to gameplay length in traditional single player mode. Time and again we hear about titles in which it takes 40-50 hours to see the ending credits, and often this does not mean "maxing out" the game, but just the completion of the main storyline. A great example is Assassin's Creed: Valhalla, and a recent tweet from one of the developers working on Cyberpunk 2077 enables us to believe that it will be another extremely extensive production.

In principle, we consider this a good thing, especially when we "spread" the playthrough of each game across a long period of time, enjoying it in short sessions. Often, however, the devs walk a dangerous tightrope between wearing the player down a bit and outright boring them. This is also one of the main reasons why, on average, only a quarter of players that start the game reach the ending. We say we do not like short games, especially at their current prices, but often it is these more compact items that are fondly remembered later on and do not become part of our "pile of shame". So we have collected for you fourteen titles from 2020, which can be completed in less than 10 hours. 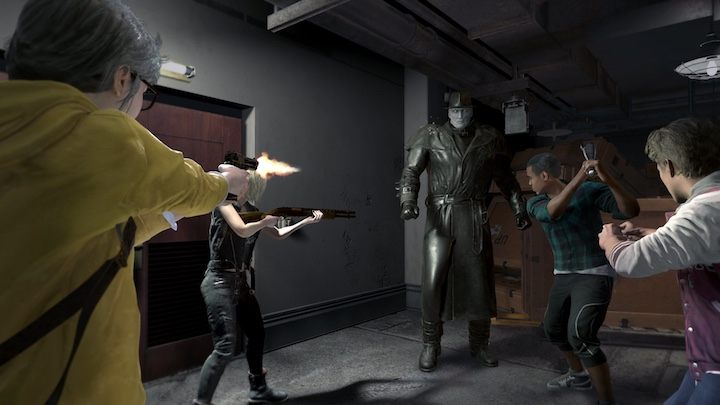 The next remaster of the famous horror game series may not have turned out to be as great as the second remake, released a few months earlier, but it is still a nice overhaul of a PlayStation classic, which is worth getting to know or remembering. The Developers did not limit themselves to improving the quality of visuals. A number of improvements have appeared in gameplay mechanics, making RE3 more "modern", user-friendly, and meeting today's standards.

Moreover, the changes also covered the story layer. In the renewed third installment we visit completely new locations, perform completely new missions and encounter new characters. The core of the story remained unchanged. We still help brave Jill make her way through the zombie-filled Raccoon City and confront the powerful Nemesis. The whole thing lasts a little more than five hours, which might leave us wanting, especially when we do not want to try out the new multiplayer mode.