What if I say that there were a few games this year of which release could have been missed - and it wouldn't be a mistake to list them right next to Elden Ring or God of War: Ragnarok? Maybe the productions from this list do not belong to the AAA segment, but they often offer fun comparable (or even greater) to the serially-released titles of the industry giants. Among the games appearing on the list, there are Indie games whose release may have escaped one's attention in the rather tight publishing calendar for 2022, and knowing them may come in handy e.g. if you are looking for a suitable and not the most expensive Christmas gift for yourself or your loved ones. 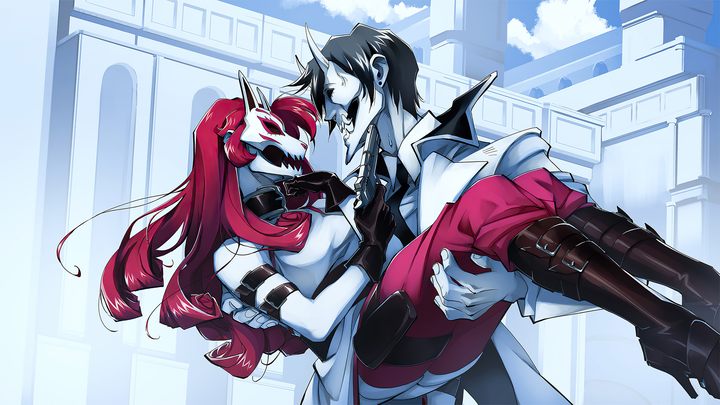 If you liked Ben Esposito's previous game - the one about a hole in the ground that devours everything around it more and more ferociously, this may provoke you to give the next production of this author a chance. Here it is - Neon White - a niche first-person shooter that brings the well-liked Superhot to mind. The plot? Heavenly underlings organize an event similar to Hunger Games - but this time the participants are neons (condemned sinners who caused a lot of trouble during their lives) who want to get to Heaven, and their task is to eliminate demonic hordes inhabiting the Holy Land.

The plot plays a background role, as the main dish here is the gameplay - immensely satisfying and devilishly dynamic, enriched with logic-game mechanics of using special cards to eliminate enemies as fast as possible. During their adventure, our neons collect special soul cards that equip them with weapons - most of the levels take around a minute to complete, but some of them require inhuman agility, while others a choice which enemies to eliminate and which to avoid - all this to advance in the demon slayer hierarchy. And all this to get back in good relations with the man above.