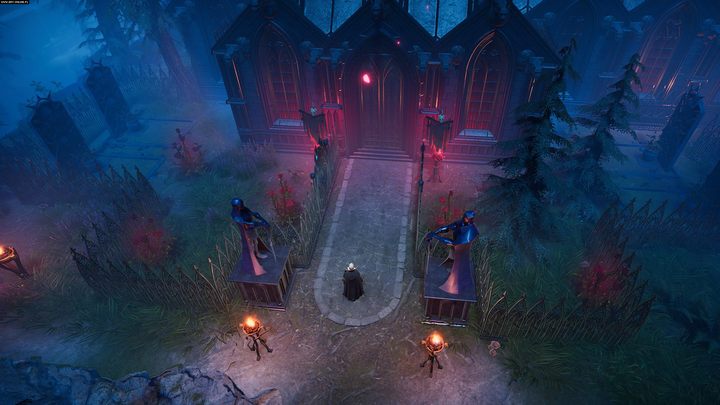 V Rising has been very successful lately. On Steam, a million users (data at the end of May 2022) are already engaged in the new offering from Stunlock Studios AB. It's a survival game in which a lot of emphasis is placed on multiplayer fun. We play the role of a vampire who, after waking up from sleep, decides to restore glory to the bloodsuckers by building an empire. In order to invite some real terror into this fantastic universe.

The game focuses on exploring the open world, collecting resources and eliminating new enemies. Our vampire has to face not only people, but also all kinds of dangerous creatures. As a vampire, we have to be careful about sunlight, which takes our vitality away, so it's best to stay in the shade. The goal is to develop our character, gather an army (by turning people into vampires), and conquer new lands.

Building a castle turns out to be an important part of the game. And that's what the raw materials are for. Of course, we begin modestly, but our fortress grows larger over time – it will eventually serve as a base in which we will gather an army of darkness. Everything is kept in a pleasant audiovisual setting and shown from a top-down perspective. The combat system tests our reflexes, as we have to dodge in a timely manner and perform subsequent attacks equally efficiently. This is a great proposition for fans of vampires, but also a piece of a very addictive production, where time passes very quickly.