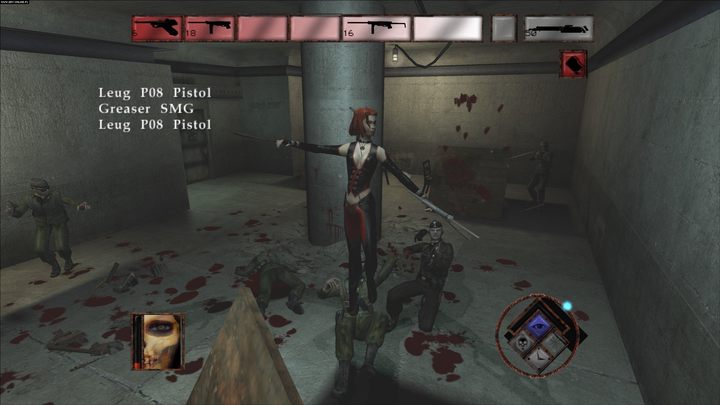 This list wouldn't be complete without BloodRayne. This is a unique production with a good idea for itself, and it offers a rather unusual setting: it's difficult to find another game in which a vampire eliminates hordes of Nazis along with their disgusting experiments. And it's all so well executed. It's impossible to get bored here, because there's always something interesting going on. After all, we're talking about a game set in an alternate version of history – just before the beginning of World War II. The task of our agent is to defeat the Third Reich and reach the heart of its evilness. And this is enough of an excuse for the unrestrained and mad slaughtering.

The protagonist primarily uses her two blades, but there's nothing preventing her from using firearms as well. These can be small pistols or guns with a much greater firepower, such as a heavy MGs. Let's add to this the superhuman agility of the heroine, which allows her to perform some incredible, acrobatic moves. Rayne is like a tornado that leaves a pile of shredded bodies behind. The opponents cannot keep up with her, and thanks to the mechanics of slowing down time, it's much easier to control her. This is one of the relatively few games in which this feature, popularized by the timeless Max Payne appears.

Due to subject matter, this production has clearly outlined horror elements, although everything is presented in a quite playful tone – like in B-class movies. The whole thing also looks very good today, which is confirmed by a set of remasters released two years ago. So if you haven't had a chance to get to know this game yet, don't hesitate any longer.