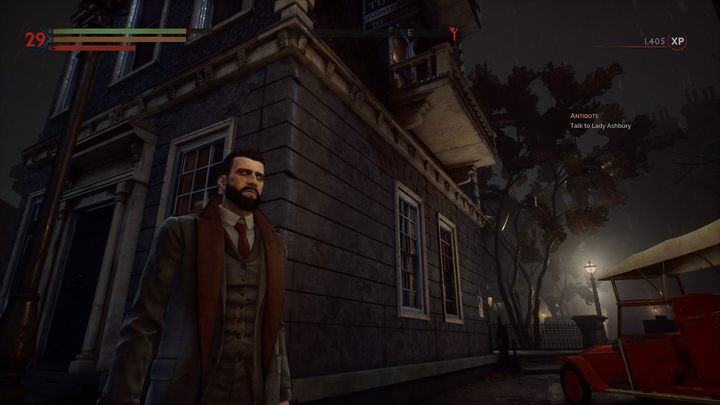 Vampyr is the work of DONTNOD studio – the creators of the great Life is Strange and Remember Me. And it's definitely one of the best vampire games out there. Like many other productions focused on a similar subject, they're neither the most expensive games, nor the most profitable ones. However, this doesn't mean that it should be ignored. The creators approached the character of the protagonist in a very cool manner. He is a doctor who extremely dislikes being a vampire. But it's ultimately for the player to decide which path he follows. We have a choice – we can limit drinking of blood to a minimum, or have a real feast. How we approach this problem will translate directly into the gameplay itself. The more human blood we drink, the stronger and more bloodthirsty our doctor becomes. So, it's more difficult for those who decide to take the pacifist run. Vampyr is an action RPG, and drinking blood is the best way to upgrade your characters and learn new skills.

We also make choices during conversations, but it's the number of people who are preyed upon that determines which of the four endings we will see. The plot is largely a love story, but it also deals with the nature of humanity and duality thereof. Jonathan's story is very engaging, curious, and at the same time well thought out. Same as the characters. Even the supporting ones are treated properly – to the point that I felt genuine remorse after killing one of the inhabitants of the filthy London. Dialogues are also fantastic, especially those conducted by people of aristocratic origin.

As I mentioned before, Vampyr is an action RPG. That means there is a lot of emphasis on combat system, which is slightly reminiscent of the soulslike formula. In the fights, we can use makeshift melee weapons and revolvers. We have boss battles, optional quests and notes to find that allow better understanding of the world of the game. Not only vampire hunters stand in our way, but also other bloodsuckers of several kinds. The great atmosphere of the twentieth-century London, consumed by the plague, deserves a round of applause. And it would be a sin not to mention the phenomenal soundtrack composed by Olivier Deriviere. String instruments are predominant, which intensifies the melancholic and dark atmosphere of the story.