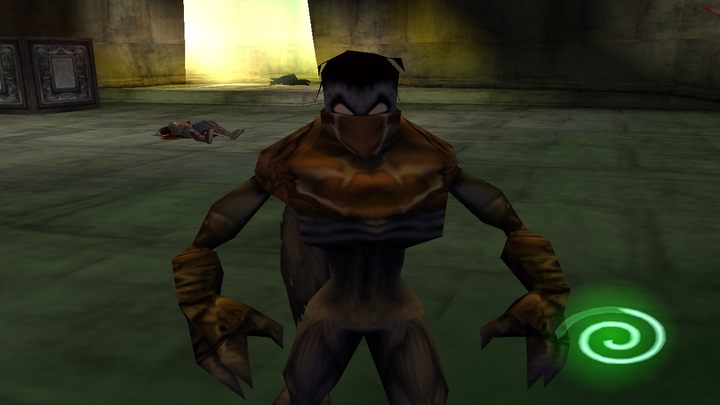 Another mandatory game on this list is Legacy of Kain. It's worth devoting some time to the entire series, but it's Soul Reaver that deserves special distinction. This game is groundbreaking and brilliant in almost every way. It continues the events told in Blood Omen from 1997, in which we played the most important character for this universe – Cain, a noble turned vampire. In the first part, we looked for a way to regain humanity. In the next one, action moved over a thousand years ahead, and Kain became the most powerful vampire ruling the kingdom of Nosgoth.

This time, we play as Raziel, his most faithful servant. And everything would be great if our protagonist didn't surpass his master. This aroused the envy of the ruler, who sentenced his best commander to death. Thrown into the abyss, Raziel managed to survive – cursed and deformed, he decided to take his revenge. Adding anything beyond that would just spoil the fun. I will only mention that following the plot is incredibly exciting. Every line uttered here is literally poetry. Amy Hennig (screenwriter of, among others, the Uncharted trilogy and the upcoming Forspoken) has achieved to new heights of writing, delivering one of the most interesting and best-written stories in video games.

We also abandon the classical conventions. Raziel is no longer your typical vampire. He has no thirst for blood – he needs to absorb souls instead. Its form allows it to move in two different dimensions – material and immaterial. This is important for the game, because thanks to the change of characters, new possibilities open up for us. In the afterlife, we don't interact with many objects (including doors), but instead we can pass through some objects – such as a locked gate that cannot be opened. This assumption is simple in theory and makes the game much more attractive.

By the way, everything is very smooth here. The creators achieved something unheard of at that time – we can travel the whole world without watching the loading screen. It's a technological marvel. Of course, there is also combat in all this, which takes place in a rather classic way – although the game breaks out of the pattern, requiring us to use specific methods to defeat each of the opponents. Some of them are killed by piercing their hearts, while others can be extinguished with sunlight. There are also platform elements. So, there is plenty to get done here, and the game introduces us to the next mechanics very effectively.

And if all this wasn't encouraging enough, there's still the question of unique atmosphere and artistic direction. Especially when you consider that we see Nosgoth from two different perspectives. In the non-material version, the objects become distorted (which again translates into, for example, platform sequences), and the whole transformation takes place very neatly right before our eyes. You won't find such a creative approach in many other games. It's a pity, because the hardware capabilities are greater than ever before.