The launch of the new generation of consoles, which officially began in November 2020, brings the same images as the release of PS4 and Xbox One. We buy new equipment, pay through the nose for more power, for the promise of next-gen experience, but generally none of these things are apparent right now. There are a few new titles to try out, adapted to the latest gear, but none of them look particularly "next-gen", especially when compared to PC versions of latest hits which have sort of been next-gen for years. Games created exclusively for new platforms are even rarer.

There are several reasons for this. Developers are just learning to harness the potential of the new devices and have not yet had much time to learn about their operations and capabilities. Another issue is "cross-generation" and the custom of preparing versions also for the older generation, which is an obvious move after comparing the number of owners of new and old consoles. All this means we're still waiting for truly next-gen games. So far, we can distinguish a few items that look and work noticeably better on the new version of PlayStation or do not have their own version on PS4. In other words: getting a PS5 is currently a move that's only justified by these games.

THE BEST GAMES FOR PS5, NOT ONES YOU CAN PLAY ON PS5

We didn't focus on the best games you can play on PlayStation 5, because due to backwards compatibility we would have to repeat the PS4 top. We chose titles that were prepared especially for the PS5, and that are really worthy of attention, or cross-genre productions, which in their version on PS5 differ greatly from the releases on PS4.

The list is short for now, but it will be updated as more interesting proposals appear.

If you are just looking for the best games on PS4, which you can also play on PS5, you will find them here: 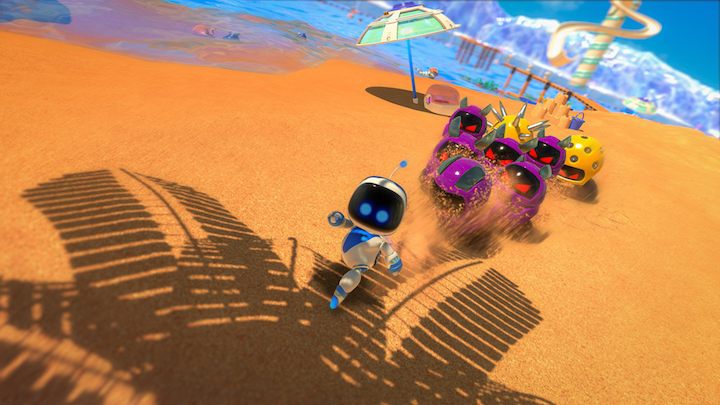 Seemingly inconspicuous, perhaps infantile, and, at first glance, disregarded by many  meanwhile, the friendly Astro's Playroom turned out an interesting, unique game even for experienced gamers. The game is free of charge, comes preloaded in the next-gen console, so no additional purchase is required. Besides, the creators from Sony made it a real showcase of their most interesting innovation in PS5  the DualSense controller. Controlling a small robot with a jetpack in colorful, three-dimensional locations doesn't seem exciting, but it is the technology contained in the new pad that makes the experience.

Thanks to the small motors in the triggers and the cleverly designed feedback, we have no doubt as to whether the Astro robot walks on sand, slides on snow, or enters water. Feelings are so convincing that it can be felt almost with your eyes closed. In addition, levels turn out to be full of easter eggs and references to the cult games for previous editions of Sony consoles. It's a real tribute both to the fans and to cutting-edge technology.