Seven years after its debut, the lifecycle of PlayStation 4 is coming to an end. The fourth generation of Sony gaming hardware was a great success, being appreciated by more than one hundred million players around the world. This triumph was made up of many elements - for example, a more reasonable starting price than in the case of the previous console and less complex architecture. Also, the success was seven greater due to the mistakes made by Microsoft with Xbox One marketing, and the powerful support of external developers who were eager to create games for this platform.

And, of course, exclusive titles. Throughout this generation, Sony fully used the potential and talent of developers comprising its internal studios. The Japanese also managed to establish closer cooperation with several external teams. Thanks to this, at least a few phenomenal works have appeared on PlayStation 4 every year that received complimentary reviews from critics and delighted gamers. We list the best of them below.

Editors at Gamepressure.com were able to choose up to ten of the best games available exclusively on PlayStation 4, by awarding them points  from 10 reserved for their favorite productions in this category to 1 for the least interesting of the listed items (though still great). All these points were then added up and below you can see the fifteen games that turned out to receive the most points. 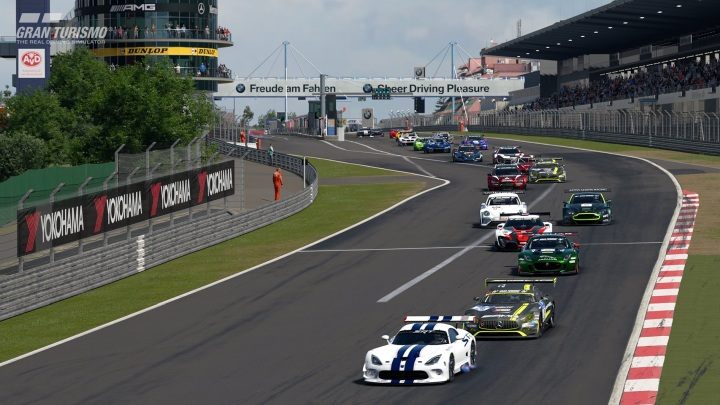 What's that about? About elegant races of the fastest cars in the world - especially in an online multiplayer mode.

Gran Turismo is a legendary series, which has fascinated motorization enthusiasts for four generations. Nonetheless, GT Sport released on PlayStation 4 was received with less enthusiasm than the previous installments of the series, because the developers, instead of offering another racing game filled with cars and challenges for single players, decided to experiment a bit and focus more this time on online multiplayer rivalry.

As a result, the classic career, which allowed us to spend a lot of in-gme money to buy better and better cars for the next races, was severely cut. The content of the game was also not impressive - 168 vehicles and 39 racing tracks was a record low for this series. A lot of people were not fond of this direction. However, there were many fans who gave this experiment a chance. And most of them didn't regret it.

While the single-player mode was a failure, the element the game was designed for, namely online multiplayer mode, worked out really well. The races were designed to promote fair play competition and severely punish dirty plays, which quite quickly made the players develop good habits that are unusual in other titles. The driving model worked perfectly, and the entire professional setting additionally encouraged fun.

Over time, the lack of content also became less and less of a problem  regularly released free DLC packs almost doubled the original number of tracks and cars, and a lot of additional competitions were prepared for single players, partially compensating for their lack of a career mode. As a result, this title managed to cover up not the best initial impression quite well and today Gran Turismo Sport is rated much higher than on the day of the premiere.