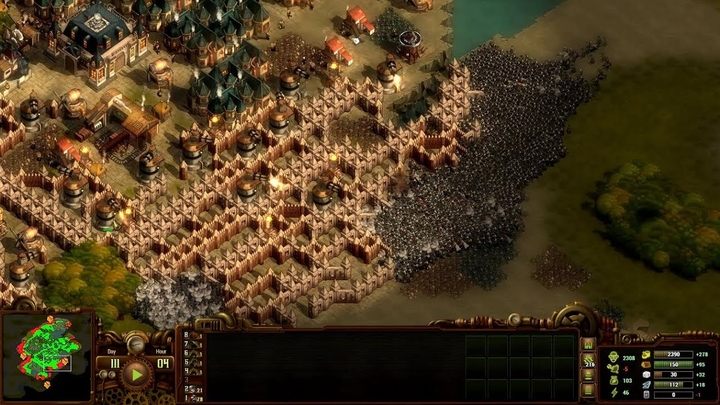 And now only one small hole in the wall and we're d o n e.

The history of strategy games wasn't all sunshine and rainbows all the time. For some time, the genre was even considered dying, and indeed  the ardent strategists really felt the lack of innovation, which the ossified gameplay formula was practically begging for. And one team listened, bringing the much-needed breath of fresh air with an innovative RTS.

When They Are Billions debuted in early access last December, I think no one expected such a hit. The premise is almost painfully classic: there, a couple of men, several types of raw materials, some buildings and units. However, the goals of the game were fundamentally changed. There is no opponent's base on the map, which we would have to destroy to win  in order to win, we had to successfully defend our own base. Our positions are regularly attacked by waves of zombies, and the level of difficulty of subsequent invasion is growing exponentially.

Many of you might be surprised by the absence of any of the versions of Starcraft II, one of the most recognizable strategy games out there. Quite surprisingly, perhaps, the second installment in the venerated series of strategies from Blizzard did to gather enough points in our ranking. There could be many reasons for that, but the main thing seems to be the fact that in the years following its release, StarCraft has become almost exclusively a hermetic domain of professional gamers, and so the game lost much of the impact it used to have on the genre.

The simple combination of classic strategy and tower defense turned out extremely addictive. Then, there's the exploratory aspect  the available maps are quite large and densely filled with groups of zombies, and expansion is mandatory to effectively defend the base.

At the moment, the game only offers a single player mode, which is interesting in that until recently, it seemed that the only salvation for the RTS was e-sport. Meanwhile, the solid and complex single player experience has a chance to revolutionize the genre. 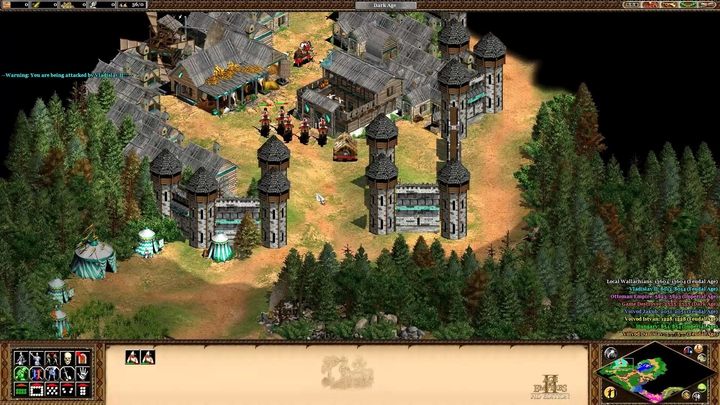 The second part was focused mainly on the middle ages.

What is Age of Empires II? It's an RTS so classic that it's literally genre-defining. This is the very essence of what we've come to call real-time strategy. In light of the above, it's quite pleasing that the 2013 remaster introduces almost no changes to the core mechanics. And it's not particularly surprising, since an attempt to remodel Age of Empires II would be like repainting Mona Lisa.

The game offers the opportunity to go through several campaigns  ten in total, including DLCs. In multiplayer or AI scenarios, we can control up to eighteen different factions. Thus, this game is filled to the brim with content.

Although the title is intended mainly for veterans who remember the original, it seems to me that playing Age of Empires II today is like listening to analog music on vinyl  it's just a different level of class. And it seems thousands of players agree with that. Despite its age, the game is still wildly popular. On average, several thousand people on Steam have the game running.