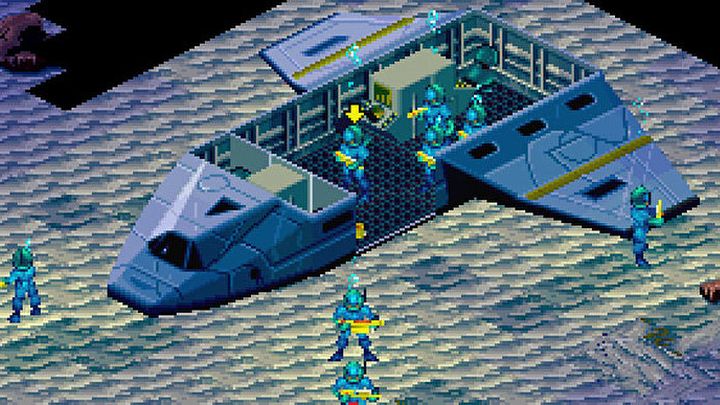 Tactical games have been having bit of a renaissance lately, but action points went pretty much into oblivion.

Action points are the basis of tactical gameplay. At least in the past, when games like Laser Squad and UFO: Enemy Unknown from 1994 reigned on our computers  both created by Julian Gollop's Team (he wasn't involved in X-COM: Terror from the Deep)  and even the Fallouts (though in this case, the contemporary ones are also developed by a different studio  Bethesda) and numerous turn-based games from the Warhammer universe. All of these games used action points to determine what the player could do  actions such as shooting, moving, using items or, reloading all required APs. The order didn't mattered, but you could take different approaches, since different action used a varying number of the points. Was that a flawless system? Certainly not. Were those flaws so huge that they justify everyone in the business just completely forgetting it? Apparently there's something going on.

The question whether abandoning action points renders the gameplay shallower and simplistic, or quite the contrary, is a subject for a different article. The fact is that the new solution was adopted, and in 2012 XCOM: Enemy Unknown offered a standard that copycats such as Mutant Year Zero: Road to Eden, Phoenix Point (this time with Gollop on board) and the recent Gear Tactics tried to imitate. Of course, all of these games offered a reiteration of the system, but the core assumptions were pretty much the same.

Despite the clear shift of the genre to the new standard, we still occasional get games that reference the classics more directly. One of the most important representatives of the old school is the Xenonauts series, the second part of which we're eagerly awaiting.