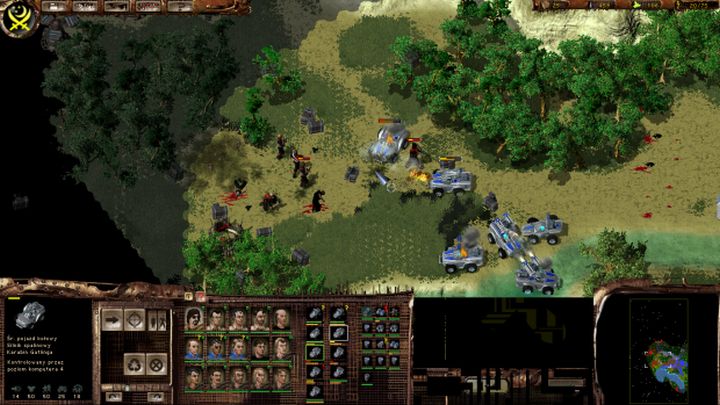 Infantrymen with their own name are a rarity in RTS, which are quite rare nowadays themselves.

Original War is yet lost, as long as people still play the 2001 game by Altar Interactive. This original RTS made quite a cake with the genre's popularity. A popularity that continued for several years after the premiere of the groundbreaking Command & Conquer. Among other things, the OW was characterized by the fact that each soldier had individual factors that developed as they gained combat experience.

The work of the Czech developers definitely stands out against the background of past and present competition. Although in tactical games, where we command smaller units, such as UFO: Enemy Unknown, naming our troops  he who did not have Jack from 2b in the squad, let him throw the floppy disk first  was actually a possibility. Admittedly, we've been flying as Tanya in Red Alert for several missions, but this is just an exception to the rule. When it comes to older titles in which our subordinates were not anonymous cannon fodder, we might want to mention... Cannon Fodder. In this unforgettable piece of work by Sensible Software, even the fallen had their cemeteries and tombstones, filling the menu with increasing casualties.

Original War followed the path set by the iconic brand, going back to the roots of Amiga computers. And it did such a great job of it that to this day, it is remembered for precisely that element. But will it ever see a worthy heir? Doubtful, because RTS as a genre has clearly underperformed in recent years.