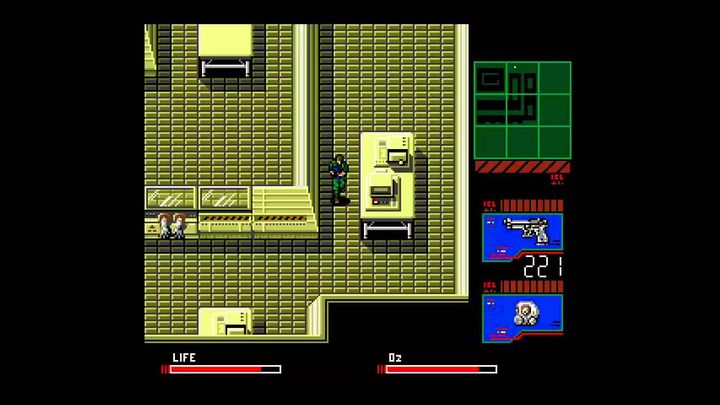 Coach Hubert advises: think outside the box. Yoda would agree, but using somewhat poorer syntax. Hideo Kojima was thinking outside the box when he was creating his Metal Gears. Maybe because he wasn't a programmer, but what they today call a Director. With cinematic and literary knack. And that wasn't necessarily due to his (otherwise unquestionable) genius, but rather the constraints of the MSX2 computer, which couldn't accommodate more than two enemies at a time. Inspired by The Great Escape, he decided to make a stealth shooter.

Ah, Metal Gear. The beginning of the series that rocked the industry, soared to the heights of creativity, to eventually become a cheap survival, orphaned by Kojima through Konami's machinations... but then, at the beginning, the future was bright. It was a simple story straight from an 80s action film, in which, as Solid Snake, we infiltrated sabotaged the hostile base of Outer Heaven. The second part more explicitly showed animé inspirations and told a more dramatic story, but was still a tale of GI Joes with a job to get done.

That Kojima honed his narrative abilities on on Metal Gears (and Snatchers) is one thing.But he and his team did about as much for the stealth genre, as Diablo did for the hack'n'slash. Among the mechanics introduced by that game were enemy alertness indicators, and silenced weapons. The guards also got the ability to hear  we had to move very carefully, so as not to wake up their dogs, for example. Metal Gear 2: Solid Snake added a radar, the ability to crouch (and therefore cover behind lower obstacles) and temporary alarm states (followed by alertness cooldown).