The following is a collection of games that had a huge impact on the entire gaming industry and market, or on virtual entertainment consumers in general. We recall games that introduced various, previously unseen, features and come to be recognizable not only in the gaming world. These games have resulted in numerous clones that attempt to copy the solutions seen in them. Titles that helped reanimate some genres or even defined new ones.

So don't be surprised that you won't find many productions here that got high ratings, engaging plot or characters or were just games that gave us a lot of fun. This list has different assumptions. Not always the effect of such games is positive. The list below may not include some titles that also had an effect on the industry - feel free to add more titles in comments. The order of the titles does not matter much and does not indicate places in any ranking. It's just a summary of the games from this decade.

Hey, this game is from an earlier decade...!

Yes, we know that some of the titles listed here were released before 2010, but their effect on the industry has been evident throughout the decade. That's why we felt it was appropriate to include them in this list. 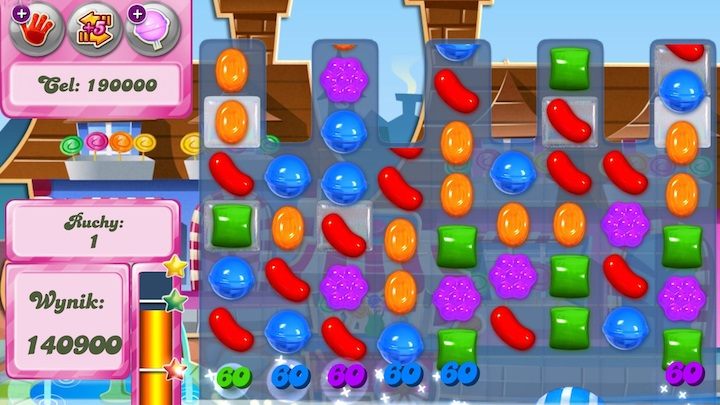 What games are these?

Even if someone doesn't play games, or even avoids them, he surely knows the idea behind Angry Birds and Candy Crush. These mobile games hit the jackpot and fall to liking of almost all users of social media and smartphones. Both games offer eye-catching graphics and addictive gameplay. Destroying the fortresses of cartoon pigs with "angry" birds requires some trickery, and the game's simple physics that govern the game have introduced a lot of new players to more serious productions. Candy Crush Saga, on the other hand, with its simple "match three" rule, is the perfect time-killer for anyone who has often had nothing to do with games before, like our aunts or grandmothers.

All of this translated into serious money. As of 2015, Angry Birds has been downloaded over 3 billion times, becoming the most often downloaded game in history. Candy Crush at its peak had nearly 100 million players simultaneously with publisher revenues of $ 1 million per day, making it the fastest-grossing mobile game and the most-played mobile game by the middle of the decade. The number of downloads on mobile devices is also hovering around 3 billion.

What do we owe to Angry Birds and Candy Crush Saga?

We can safely say that PlayStation and Xbox hasn't contributed that much to the popularity of gaming as casual mobile games. At first they were even a little bit ridiculed, but it was thanks to them the gaming scene really flourished. Angry Birds was neither the first nor the best mobile game, but Rovio's developers made the most of the smartphone revolution that the iPhone began. The gameplay mechanics here were perfectly suited to the touch screen – they worked well and, above all, intuitively. Playing Angry Birds came as naturally as scrolling through messages on a smartphone. Cellphone gaming is a big part of the gaming market.

Candy Crush was also that simple and intuitive, taking social media by the storm. Candy Crush also became a pioneer in the freemium payment model (a free title in which a variety of game facilitators and accelerators can be purchased for real money). In theory, it was supposed to be very convenient and affordable for everyone. Unfortunately, many later titles have exploited this model heavily, resulting in some games requiring microtransactions in order to be able to continue playing (e.g. mobile Dungeon Keeper).

What games have emerged thanks to the Angry Birds and Candy Crush saga?