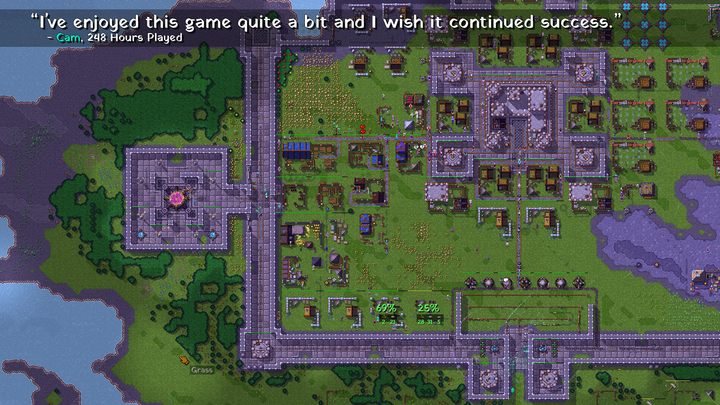 Any excuse is good to get back to city builders. However, this time we're talking about a top-notch title. Rise to Ruins is one of those experiences which, in a way, define the entire genre. This may not be a title that started the city building games genre, but it definitely shows how it should be done.

Let's start with the fact that Rise to Ruins has everything, literally everything that a decent city builder should have. Possibilities of city expansion seem almost endless in this game. You can create new production chains, meet growing needs of residents, and produce more complex products. However, you can't do everything on the same map, because not all of them have the required resources. But you don't have to worry. You have the whole continent at your disposal that has been divided into smaller regions and different biomes.

Cities built in one place can be connected and linked with those you set up elsewhere. However, this is not an easy task, as you are often overwhelmed by various natural disasters, changing seasons of the year or the cycle of day and night, which also has a significant impact on the gameplay. At night, your city can be haunted by monsters, which are spreading on the map along with decay and corruption. To stop them, you have to build complex fortification systems  with walls, watchtowers and all kinds of traps. You also have a complex system of magic at your disposal, which can be used to destroy the opponents who attack your people.

All of this makes the game quite sophisticated and probably a few of your first approaches to building your own settlement will end in a more or less spectacular disaster. The thing is that you have to learn all these game mechanics which makes Rise to Ruins so extremely rewarding.