2019 has graced players with many outstanding titles and even the most savage critics cannot deny the fact that Devil May Cry 5, Resident Evil 2 Remake, Sekiro, Death Stranding or Control are fantastic video games. However, there are two sides to every coin, especially when we speak about video games industry  the past dozen months have been full of blockbuster hits, but also filled with disappointments and many awful games.

We, as players, were able to accurately predict the quality of the aforementioned video games even before their official release, by using the principle of limited trust or simply by not giving a toss about them. Nevertheless, a few of these titles managed to successfully obscure their shallowness during the promotion phase and even aroused some interest. This interest has turned into furious rage (of players) when specific games have unveiled their bugs and flaws at the time of their official release.

What the hell is this, these games are not that dreadful!

The lowest-rated title which appeared in our list of worst games of 2019 has received a disappointing Metascore of 36 on Metacritic review aggregator. Also, we have included video games with a Metascore of 50 or more, so you might think that they're not that terrible.

What are they doing here and why we have decided not to include any trash games? The answer is simple. To find all these loathsome titles, you have to dive into the absolute depths of Steam's indie section  a cesspool which overflows with bad video games. Even the product's description and screenshots are enough to say that we're dealing with a complete hoax or useless rubbish. As a result, no one is interested in these creepy lemons. No one writes about them. Nobody reviews them  neither professionals, nor casual or common players. Because no one cares about them.

Unless they are supported by some kind of slightly recognizable brand, such titles are doomed to extinction even before they get released. On the other hand, if they somehow managed to get a brand, then they have enough budget to earn mediocre Metascore ratings from reviewers  just for a few properly designed game mechanics or moderately compelling gameplay.

60 points out of 100 might not seem like such a bad result. Nowadays, we are swamped with interesting titles and both players and reviewers are able to focus only on the most valuable video games. So, 60 points out of 100 is enough to classify a game as one of the worst titles of the year among those that have been noticed by players and critics at all. These titles galvanized anticipation, underpinned either by a strong brand or by big promises  but all of them have failed and didn't live up to player's expectations. 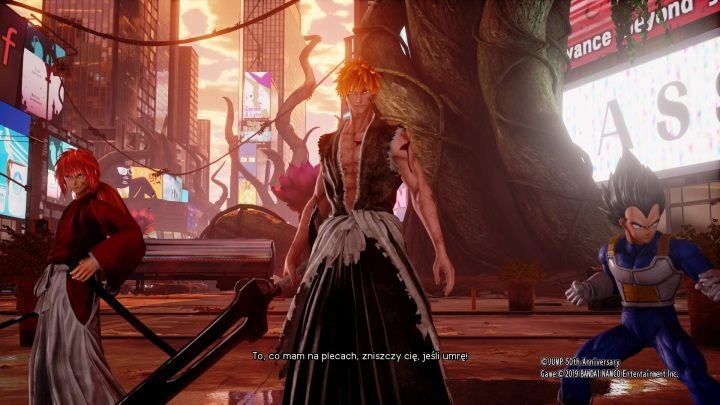 Metascore: 56-61 (depending on the platform)

Let's start with a title which I was unpleasantly able to test personally. If I can say anything about the Jump Force's ratings fluctuating around 5 or 6 on a 10-point scale, then I would like to admit that the journalists and reviewers have treated this monster too gently in my humble opinion.

Unfortunately, the game was doomed to failure from the very beginning. A complex crossover arena fighting game, in which you can encounter famous characters from several ultra-popular anime series (such as Dragon Ball, Naruto, Bleach, One Piece, Saint Seiya), has been designed in a realistic visual style, which gave a truly horrifying result due to budget limitations. Charismatic anime characters like Son Goku or Luffy look like disturbing puppets made of china.

However, we might have forgotten about the awful graphics, only if the gameplay turned out to be interesting and entertaining. Unfortunately, don't count on it. After only a few hours of gameplay, the combat system revealed its simplicity and boredom. In addition, you can get a feeling that every character can be played in the exact same way. The story of the main campaign turned out to be extremely stupid, even for a fighting genre. All aforementioned features are more annoying than pleasing, and to add insult to injury, the loading screens are extremely long, which will literally piss you off.