The final opponent enters the arena to meet the expectations of players and complete the list of premieres of 2021. But how will December manage on the battlefield? It does not look to be well prepared, although it has a few tricks up its sleeve; it may not, however, be enough to satisfy even the most demanding tastes. The last month of the year is full of novelties, but they do not seem spectacular in any way. It seems the month may not deliver after all. 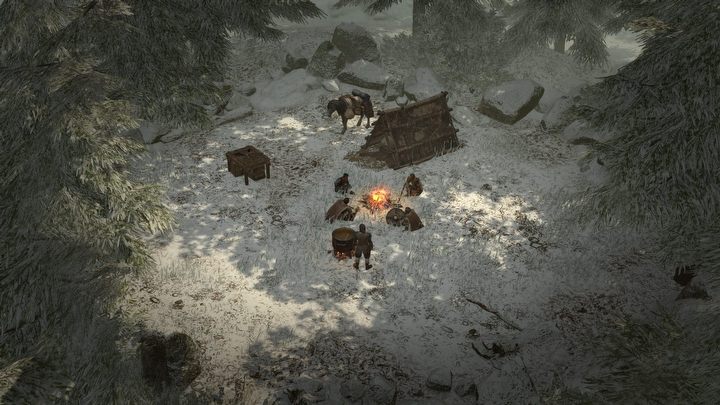 Wartales will put your morality to the test

Northgard was a very pleasant RTS game. Now, its creators are trying their hand at something else – a classic RPG with turn-based combat. Their new project, Wartales, will debut on December 1 in Early Access, and it's worth taking a look at. While the theme – a world based medieval Europe and consumed by a plague of sorts – is not terribly original, we will finally play as someone other than the "great savior of humanity."

There are no rights or wrongs – only survival matters

Wartales tells the story of a mercenary who's ready to do anything to survive. Therefore, he gathers people like him who want to have food on their plates. Together, they undertake various tasks, often morally ambivalent. Our companions will have their beliefs, which is worth taking into account. Morality in Wartales is an important factor in terms of the game's mechanics, since desertion of companions is possible, and there will be other consequences.