We play video games for different reasons and for different experiences. For some, digital entertainment is a means of relaxation, a safe way to vent their frustrations in a simple and mindless way. Others, on the contrary, desire intellectual challenges that stimulate the mind. Still others play for the satisfaction of winning. There are also those, for whom virtual worlds provide a safe space from the crushing hardships of life, or even a place to gain friends they wouldn't be able to find in real life. And there are also people who get their kicks from spoiling the fun for others.

However, sometimes the gameplay is not what the gamers are looking for. Sometimes the gameplay is merely an extra to the script. Compared to other media such as films or books, video games can engage the audience much more strongly. By controlling a character, getting into their skin and reliving their adventures directly, we feel the emotions much more strongly than when being a passive observer of events. This phenomenon is called immersion and creators are very keen to use it. With varying results  there's no hiding the fact that most games do not impress with their story. Sometimes, however, there are real gems that tell stories that stay with the players for a long time. And these are the games we decided to focus on here.

Editors and contributors of our website listed the games whose storylines impressed them the most, then counted all the votes and arranged the titles according to how many times each appeared on the ballot. Some productions have received the same number of votes, but such cases are presented in frames.

In September 2020, we decided to expand the text by two more titles, which you will find on the last two pages. Their descriptions were prepared by Martin S.

WE MISSED SOMETHING? LET US KNOW!

The summary was based on a vote, so it was mostly the larger and more popular works that had the chance to be discovered by most of us. If you think that some game doesn't give way to anything we presented here, or even beats it, feel free to mention it in the comments section. We'll all benefit from it. 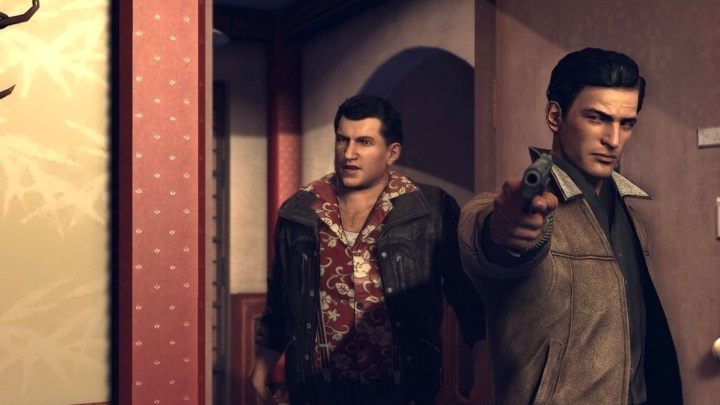 The first Mafia impressed by its depiction of the Prohibition era, its Godfather-like atmosphere, and realism. To this day, it is futile to look for a sandbox game, in which running a red light would get us into trouble with the police and a better solution than running away after a minor offence would be to simply pull over and take the ticket. Mafia II was not so well reviewed  increased linearity, compromises on realism, and a lot of cut-out content (some of which was later released as DLC) have significantly cooled down player enthusiasm.

What Mafia 2 did as good the first game, and in some respects even better, was the most important part. Atmosphere and scenario. The game takes us to the fictional American city of Empire Bay, in the late 1940s and early 1950s. As a former soldier Vito Scaletti, together with his best friend Joe we slowly climbed the ranks of a gangster career, first indulging in the charms and luxuries of an easy life, only to discover, over time, that there was a high price to pay for it.

The plot of Mafia 2 did not shock with groundbreaking  fans of classic gangster cinema could quite easily have guessed how the events would unfold. But what became a cliché in the world of movies, could still be considered fresh and mature in video games, especially if it was executed in a stellar fashion. The main characters were memorable, their dilemmas and reasons for choosing evil were understandable, and the final punishment, though deserved, caused considerable sadness. There was also one brief reference to the first installment, which proved to be the perfect bridge to connect the two games.