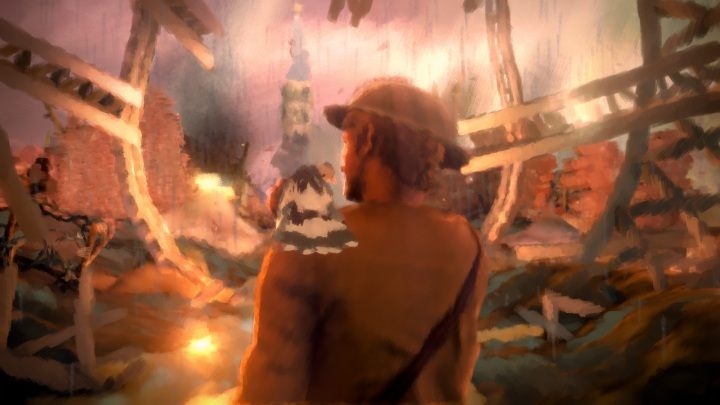 French Digixart was established by Yoan Fanise, who previously gave Ubisoft a game called Valiant Hearts. The team's first game was the highly unusual and quite ambitious mobile game Lost in Harmony: Kaito's Adventure. Later, however, Fanise returned to the theme of World War I and showed this global conflict from the point of view of the opposing sides. During the 11-11 Memories Retold, we play a young photographer from Canada, Harry (voiced by Elijah Wood), and a technician from Germany, Kurt (voiced by Sebastian Koch).

The game is a full-blooded adventure with a third-person view, where the war is viewed through the eyes of two heroes with different reasons for going to war. The Canadian came for a romantic crusade, to prove his worth. The German, in turn, wishes to find his son, who was lost during the fighting. The player oscillates between subsequent flashbacks, constantly changing sides of the conflict  sometimes being forced to make difficult decisions that determine the future of both soldiers. The highlight of the game, however, is neither the decision system, nor even the touching story. It's... the amazing artwork  without it, it would have been just another, regular game. It gives the game much more depth, balancing on the edge of an artistic, pacifistic manifesto  and often bringing some strong feels.