Initially, war video games depicted armed conflicts in a rather straightforward way, within storylines alluding to World War II. Allies are good, Axis are bad. We play as the good ones, of course, and we kill the bad guys without much consideration.

This is true of Medal of Honor, Commandos, Call of Duty, Battlefield, Sniper Elite, and Wolfenstein. The identical opponents seemingly made us indifferent to the terror of war. Because in these games you don't feel sorry for defeated opponents. There's often simply no time for that. There are more people in desperate need of killing. You shrug each death off, sometimes only stopping by to rearm and switch guns.

War never changes  this phrase popularized among gamers by the Fallout series can also be applied to many FPS games, in which heavily scripted and often corridor levels boil down to just one thing: killing as many enemies as possible. Fortunately, however, some video game developers like to experiment  also with themes of war, developing "war games for everyone." What follows are war games that aren't focused on killing, unlike most other AAA FPS. Meet the nine war games in which shooting is not the most important of mechanics. 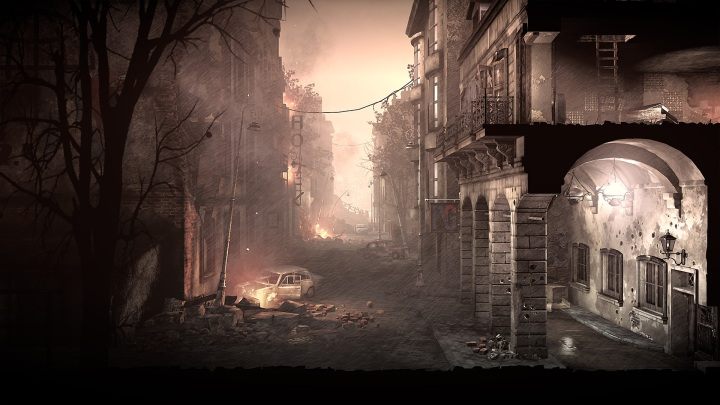 The game was released in 2014 but may as well surprise you today. The game by 11-bit Studio inspired a table-top called Neuroshima Hex. Even more interestingly, the game has recently been recommended in Polish' high-schools as part of curriculum of history, ethics, and philosophy. What's the phenomenon of This War of Mine about, though?

What this game stands out with is the fact we don't control soldiers armed to the teeth, but rather almost completely harmless civilians. They hide in a dilapidated tenement, trying to avoid snipers and groups of bandits. At night, however, they're forced to explore various corners of the city (supermarkets, hospitals, churches, etc.) and loot to survive and finally escape. Looting, however, is not easy  sometimes we are faced with the dilemma of whether to leave possessions to the weak and sick NPCs, or rob them to provide short-term security for team members (which will leave a lasting mark on the personality of individual characters). Moral choices and the scarcity of basic products (medicine and bandages, food and drink, ammunition and weapons, even sedatives) make This War of Mine unique  because it prompts reflection on humanity and its limits.