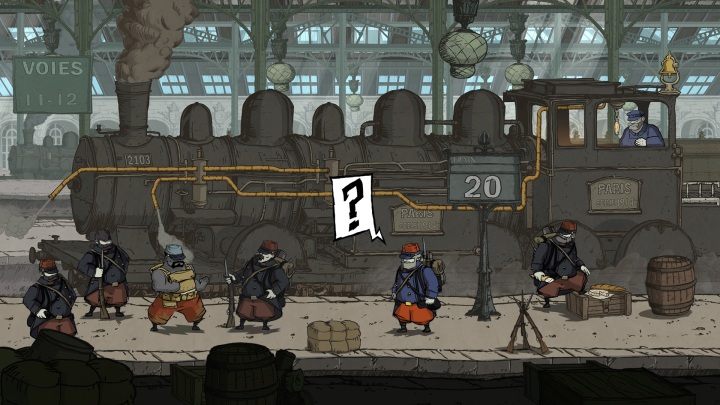 Although 11-11 Memories Retold can make a powerful impression, although it's not even close to the emotional, tear-jerking level attained in Fanise's previous game, Valiant Hearts: The Great War. The game was created by Ubisoft Montpellier  people who gave us, i.a. Rayman Origins. This time the developers allowed us to direct not two but four different characters  we play a French farmer conscripted into the army (Emil), an American volunteer with black-as-tar skin (Freddie), a Belgian paramedic trying to find his father (Anna) and... son-in-law of the aforementioned farmer, but with a German passport (Karl). Things are complicated, and the fate of millions of people during the first global conflict is at stake.

There is not a single word in the game  shouts, messages and utterances of the characters (except for the narrator who spares a few words here and there) are either muttered or accompanied by special symbols surrounded by comic clouds. Thanks to this simple procedure, we know what to do  with a few puzzles, though, you have to rack your brains to come up with a solution. Nevertheless, the game  apart from the very charming gameplay focused on story and visuals  is really emotional and gripping, but also educational, as it often shares historical facts and pictures that help you understand the times. This is a big advantage  we're not just experiencing the catharsis associated with the touching finale, but also learning something valuable. Game over, knowledge obtained... everyone's happy.