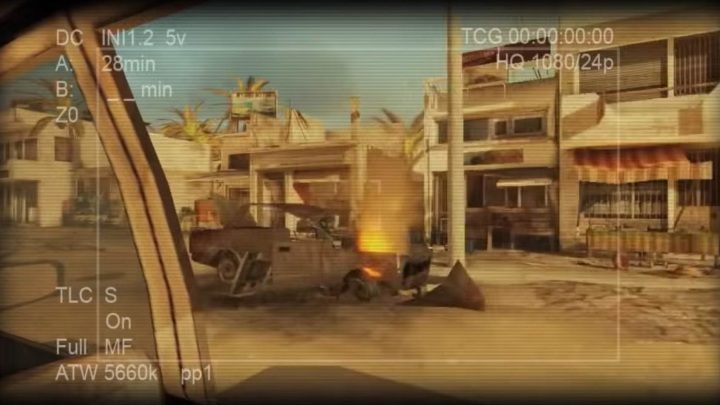 Sadly, many of the most innovative and odd games often end up in the bin. This was the case of WARCO: The News Game, an ambitious debut of the now-defunct Australian studio Defiant Development, previously exclusively dedicated to mobile games. The game is still notable, though, as a war game, in which our task would not be mowing enemies down.

The gameplay premises were relatively simple  the player was to enact a war journalist, Jesse DeMarco, instead of bullets, shooting pictures with the camera. The idea was born long before the first Outlast  but the mechanics of recording footage were to be much different. In a game, whose protagonist is an unarmed reporter, our task was to enter the battles in Africa and the Middle East, and use the camera to show the war as it truly is. Dying soldiers, starving children, collapsed buildings and other equally horrific images of a world succumbed in chaos  all of which were to be captured by the player using a camera. Players would also be tasked with assembling the completed material and making it available online. Furthermore, plans included a browser that would let players compare their footage. Unfortunately  it all went down a drain. Maybe one day?