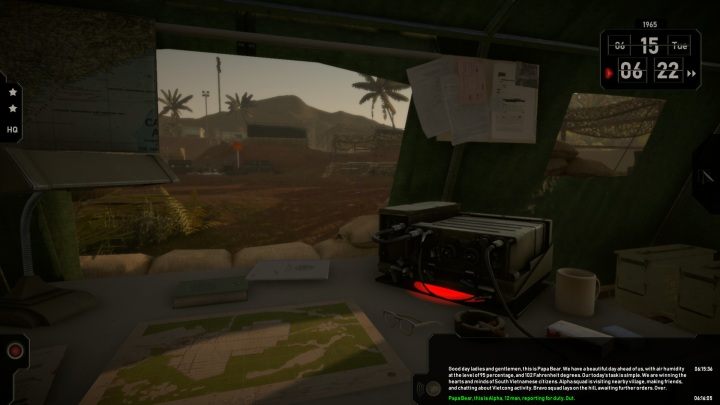 When it comes to military games, few are more interesting than Radio Commander, a debut of another studio from Warsaw, Serious Sim. The inspiration for this game was no doubt 911 Operator. However, the rules of the game have changed a lot  instead of a city, we're looking at a map of military operations somewhere deep in Vietnam. Through the radio, we contact the soldiers operating in the field  we do not see them directly in action, but only hear them on the earpiece.

The positions of our subordinates can be marked on the map with markers symbolizing the individual groups of our allies and the enemy. During the game, we make different choices (e.g. related to the time of day during which we send helicopters to evacuate soldiers from the battlefield) and the consequences of our choices are only revealed through radio. This makes for some interesting decisions and consequences. Maybe it would have been better to call a retreat? Maybe we should have stormed with all force? Such dilemmas are the bread and butter of commanders  and while it's obviously just a game, it's easy to forget it, actually. Seeing helicopters leave the base on our orders to never return is some powerful stuff.