Preempting any outrage that may arise after seeing the title – yes, we realize you might as well ask the opposite question: "What could Cyberpunk learn from GTA"? And not just the fifth entry in the series, but literally the entire franchise. In such case, one probable lesson would be "Runs on all platforms it's released for," but then some of us remember GTA IV on PC. We also realize that these are different genres, and not everything should work in the same way, even though there are some obvious commonalities, such as intense gunfights, a huge, open city that you can explore in any stolen car, bike, or on foot, and a plethora of side characters and activities. Anyway, we already wrote a bit about these similarities in this article.

Besides, after the much-anticipated and likely rushed launch of Cyberpunk 2077, the title of the most-wanted game probably falls to GTA 6. With the new generation of consoles, Rockstar has to give us something newer than GTA V, which, although excellet, was actually still released on Xbox 360... Let's wonder about the things that went particularly well in Cyberpunk 2077 and would either complement the GTA series, or improve those elements that have so far been somewhat lagging behind.

This is perhaps the most striking difference between the RPG from CD Projekt RED and any other, open-world game. Despite skyscrapers straight out of Los Angeles or New York, the cities in GTA are generally flat. Apart from occasional exceptions, mostly prepared for particular missions and moments of the story.

Skyscrapers in GTA are just decorative. Any verticality is mostly done by teleporting from one point to the roof of a skyscraper, or flying there with a chopper. It's awesome that the game let's you fly planes, and features hills and even mountains, but that's not the kind of verticality a real city needs. 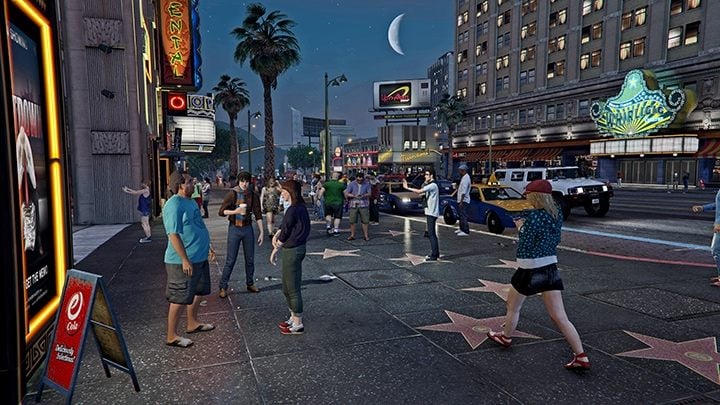 In GTA, pretty much everything happens at street level.

Cyberpunk 2077 introduces a whole new quality in this regard. Night City seems as vast and accessible in all three dimensions. The skyscrapers we can enter are themselves mini-cities of sorts. They, have functional elevators that don't magically teleport you to the floor of your choice, but allow you to see the floors you pass. Sometimes, you can also choose to take the stairs and watch the subsequent floors bustle with life. There are people hanging around stores and booths, there are things going on.

Equally "vertical" are, for example, multi-level parking lots, and – interestingly enough – in many places, we don't even have to look for stairs or elevators. Using V's ability to double jump (you need to get quite expensive implant), we can climb various objects and buildings by taking completely different routes. And the best part is that there's hardly empty space in the city. Night City is filled with distinct buildings, details, or even simple trash. 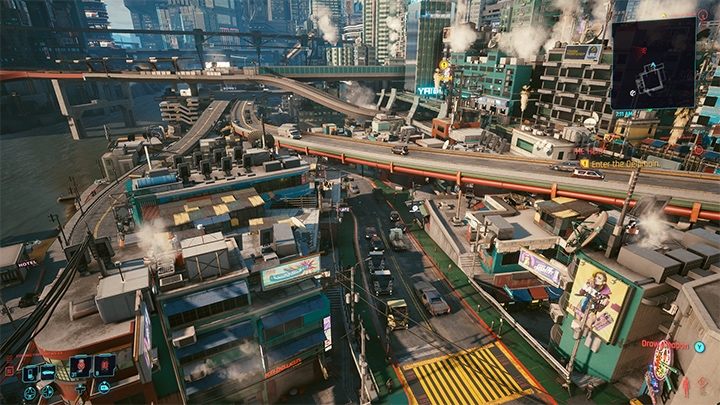 In Cyberpunk, the verticality of the city is not only visible, but felt.

In this regard, GTA's lagging behind not only Cyberpunk 2077. Previously, both parts of Tom Clancy's The Division offered much better verticality. We ran up the stairs of lower buildings to the next floors, and could get to some roofs using ropes. Whatever city we visit in GTA 6, it should definitely be more open and soaring, in addition to sprawling.