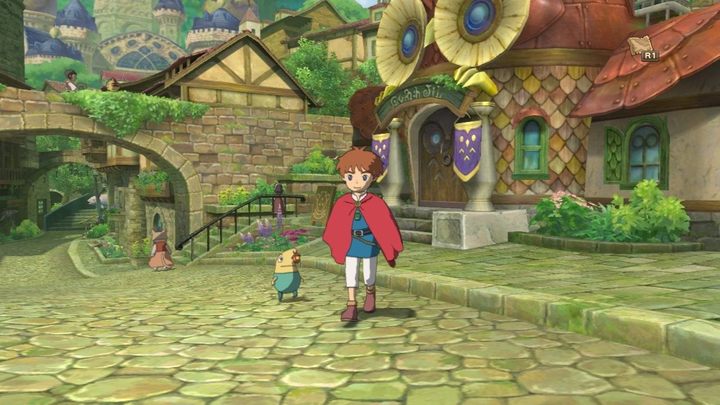 Just as the animations of the Ghibli studio are an excellent proposition for people starting their adventure with the world of animé, Ni No Kuni is a perfect game for people who are about to face the jRPG phenomenon. This item strongly refers to the work of Hayao Miyazaki and his studio.

Ni No Kuni is an incredibly charming game, captivating with an extremely warm, homespun history and message. The strength of this position is its undeniable versatility. The fairy-tale adventure turns out to be very universal – it will appeal to both younger and mature audiences, which makes it a good choice for the first contact with this genre. It's actually one of the games that in the PS3 generation has convinced many users to jRPG again. So it is a proven game in this respect.

The remaster that's currently available allows you to enter this work and take part in a truly magical adventure in which everyone should find something for themselves. All of the worlds that we visit may arouse admiration with their diversity. The first Ni No Kuni is also one of the most interesting variations on the Pokemon theme – the amusing familiars creatures, which mutate over time, are very nice allies who support us in the fight.

It's also an extremely intuitive title with a simple combat system, combining classic solutions and mechanics known from action RPGs. It's also worth to mention the beautiful setting which is a feast for the senses. If you love the atmosphere straight from the fantastic animations of Ghibli studio (I highly recommend most of them), Ni No Kuni will also charm you.