The sandbox is still all the rage in the industry. The gigantic success of Grand Theft Auto III back in 2001 showed the devs that people want enormous maps and limitless freedom. And they listened, feeding us for the next 18 years with new takes on the idea, serving huge locations, freedom of exploration and heaps of side activities. 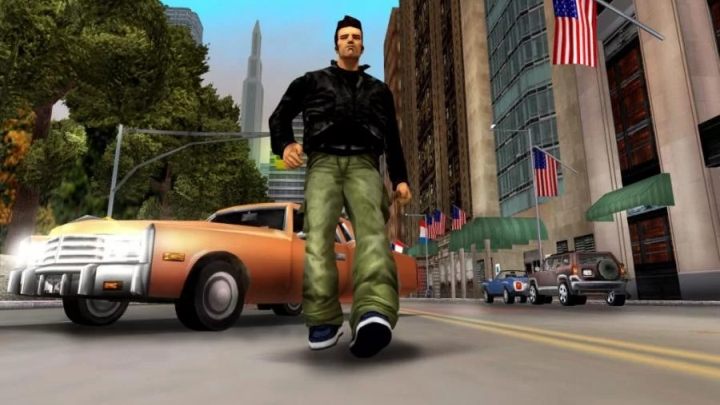 It all began with Grand Theft Auto III.

No such thing as free lunch

Sadly, such level of freedom and the broad spectrum of possibilities in the games comes at a very tangible price – the quality of the story. Searching for the treasure number 200 in an Assassin’s Creed game might successfully obstruct your ability to discern the significance of the current episode in the context of the entire series. When joyfully demolishing the world of Just Cause 3, players rarely bother realizing the true motives of the protagonist (liberating the nation under occupation), who, by the way, doesn’t seem to care about it all that much either. Another extreme case is Minecraft – a game, which you might remember for the dozens of hours spent inside it, but certainly not for the emotional stories, or vivid characters. 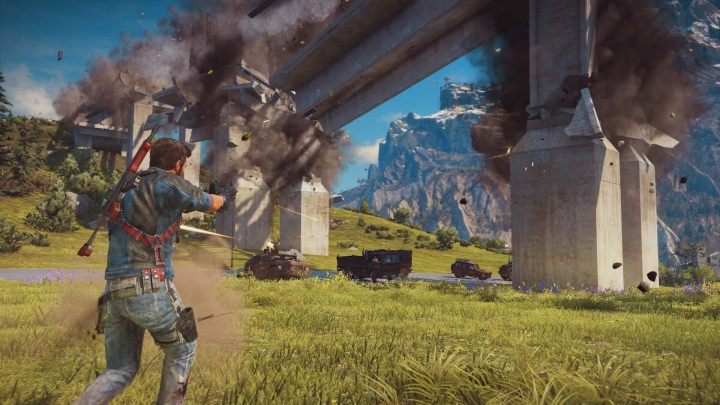 Just Cause 3 has a story – it’s just that nobody, including the authors, seems to care about it a lot.

One reason for that is the attitude of the developers – since creating such big worlds, which are usually supposed to create the impression of a living, breathing ecosystems, takes a lot effort, it also requires cutbacks elsewhere – an extensive and ambitious story is usually the easy target. The other is the very structure of these games.

Allowing the players to do whatever they feel like doing in a game doesn’t really invite an engaging story, and creates numerous problems on top of that: either regarding the credibility of the game world (the Red Dead Redemption casus, where players could roleplay a merciless bandit, which totally doesn’t go along with the story), the relation of the main and side quests (such as when you’re robbed of the feels you were supposed to get when a character dies, because you also lose access to that person’s line of quests), or simply being lost; slowly drifting away from the main storyline and eventually forgetting the real reason for the presence of the protagonist in this nice, big, open world. 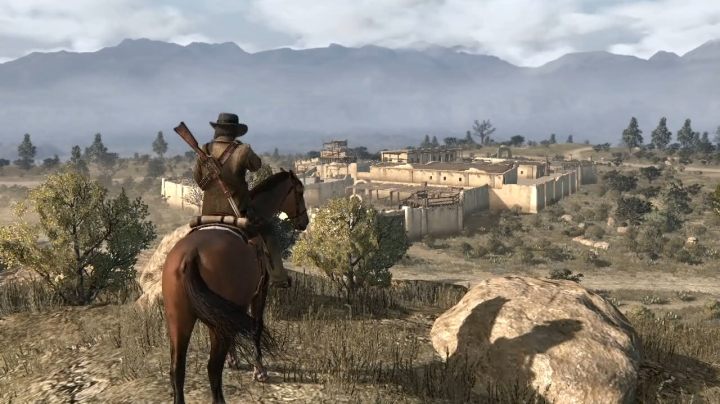 The freedom in Red Dead Redemption could create a dissonance: you could act like the vilest outlaw, but that was inconsistent with the image of the protagonist suggested by the game.

Nomenclature time: what’s the difference between sandbox and open-world?

When we’re talking about an open-world game, we mostly mean that there are no loading screens between its subsequent fragments – contrary to linear productions that consist of a number of smaller levels, the action takes place on one great map. The most notable examples of such games are GTA, Assassin’s Creed, Red Dead Redemption or Just Cause.

Sandboxes have an open world, but they also let players create their own stories within the world and become whoever and whatever they want. There’s an even stronger emphasis on freedom and greater marginalization of the story (if one is even included, that is). Typical sandboxes are Minecraft, Mount & Blade or Starbound.

Since both definitions are largely overlapping, and the borders are in many cases very fluid, it’s usually hard to determine whether a particular title is “just” an open-world game or a sandbox, and the two adjectives are often treated as synonyms. It could be considered an error, but it’s so common that the differences are apparently negligible nowadays.

Throughout the years, the players and journalists alike have come to accept such state of things, recognizing the fact that the story in sandbox games simply isn’t that important. Hence it doesn’t become a real issue unless it turns out to be extremely poor. The conclusion that the conspiracy theories from Dan Brown’s books seem like a stroke of genius when compared to the meta-story of the Assassin’s Creed series isn’t that common in reviews of the Ubisoft’s famous franchise, and my personal rants addressing the quality of the plot in Infamous: Second Son and how the game forsook the great finale of its prequel – and basically the entire lore of the series – were shrugged off by most people because “you could friggin’ fly in that game, dude.” 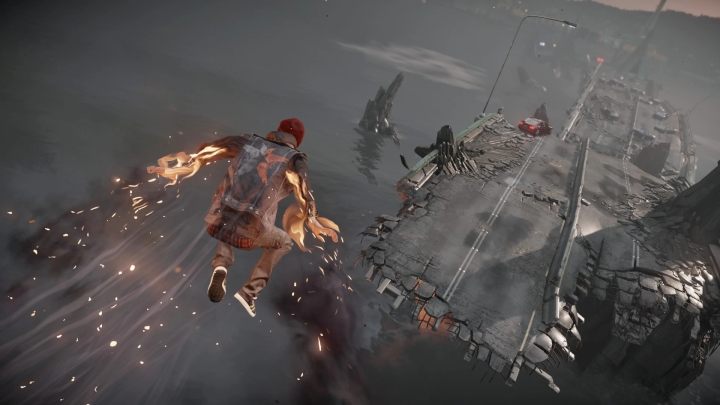 In terms of the story, Infamous: Second Son was a mere shadow of its prequel. (Un)surprisingly, nobody cared.

I think it’s sad because that simply doesn’t have to be the case. Games set in open worlds, and even pure-bred sandboxes such as Minecraft, can indeed feature interesting stories – it just requires more work than in the case of regular linear games. Work that the developers often decide to give up simply because almost no one expects them to do otherwise.

There aren’t many open worlds with good stories, but that doesn’t mean they don’t exist – in fact, you don’t even need to look very hard. Just take the Rockstar Games’ back catalog – most installments of the Grand Theft Auto boast decent gangster stories that successfully utilize famous motifs from movies and can even trigger more powerful emotions, such as in the famous finale of Grand Theft Auto V – especially if you got one of the less optimistic endings. A phenomenal storyline can also be found in Red Dead Redemption, where the story of John Marston has captivated legions of players and stayed with them for a long time, even despite the fact that – as I already mentioned – the game didn’t avoid one of the major pitfalls of the genre and the image of the protagonist created by the player could be vastly different than the one suggested by the game itself. Other examples of open-world games that delivered good story are Mafia III (where the story was one of the few pros of the game), InFamous 2 or Sleeping Dogs. 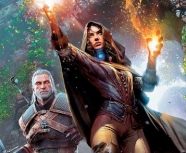 One of the paramount examples of an open-world game with a good story is, of course, The Witcher 3. However, similarly to many other RPGs, it is a somewhat different case, since the openness of the map complements the story – not the other way around. You also cannot engage in a whole lot of side activities except trading, some minigames, and side quests. So even though RPGs are not “typical” open-world games such as GTA or Far Cry, the friction between story and freedom is also traceable there – The Elder Scrolls series emphasizes the latter.

Based on this set of noble games, I’m able to formulate some conclusions, which often seem to be omitted by dev teams. In order for the story in an open-world game to really catch on, you need more than just a solid scenario and a few good plot twists – if not appropriately reinforced, these elements will surely be diluted by the side activities – that was the case in Metal Gear Solid V: The Phantom Pain. 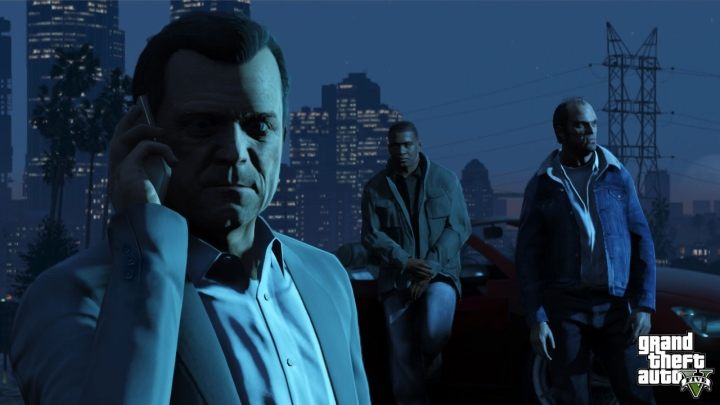 The interactions of the three protagonists of Grand Theft Auto V were arguably the game’s main thrust.

The secret ingredient that’s even more important than the earthquakes in the story department or the attempts to rouse your emotions is well-established characters. Red Dead Redemption wouldn’t be half as engaging if you didn’t form a real bond with Marston, and if the NPCs weren’t a bizarre collection of freakish personalities. GTA V’s missions weren’t always the most original, but they were memorable and fun thanks to the fantastic dialogues. The finale of InFamous 2 was so impactful because it pitted you against a person that you’d gotten to know and chosen yourself as your companion.

If the characters are emotional, we tend to remember them, thanks to which, when you come back to the main storyline – even after taking a longer break – you don’t have a hard time remembering who’s who. The Assassin’s Creed games seem to fare particularly poorly in this respect – throughout the 11 years of the series’ history, we’ve barely gotten three or four memorable characters, so even a short detour from the main plot may leave you confused when you’re trying to come back to the main intrigue. 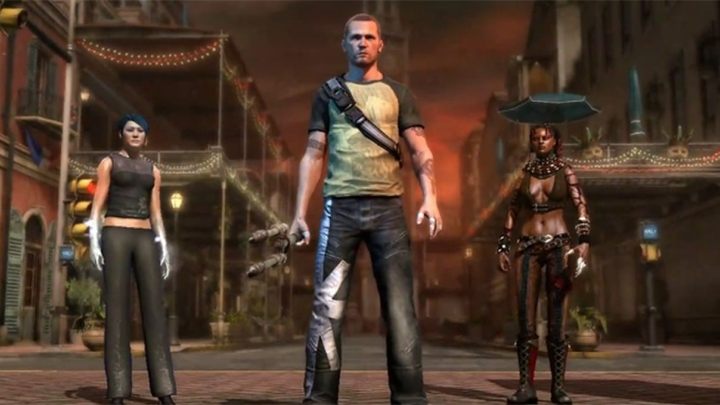 Infamous 2 first had players chose one of two characters to become their companions, and then pitted them against you.

If you have interesting characters, the rest almost tends to take care of itself – we mentioned Mafia III, a game with a story that was actually a pretty banal vendetta tale, but one which managed to leave a pretty good impression because the characters were given enough exposition. An interesting cast can elevate the whole story, making it less forgettable, and it also can make us forgive the internal struggle between story and freedom – it would be hard to blame Rockstar Games for not allowing us to access a set of side quests at one point, when the decision was justified by an amazing twist of one of the protagonists.

That’s why I think it’s a real shame that so few developers are trying to fill their worlds with interesting stories, in many cases openly admitting they didn’t even try. Although freedom in games rarely goes hand in hand with thorough immersion, the two can be combined successfully. It’s not easy and requires a considerable amount of work, but the same is true for games in general in the first place. Since we know getting both of these is possible, why not expect it from the devs? If we don’t ask for it then who will?