It begins innocently. With an article about another spectacular battle of hundreds of players, or a scandal with tens of thousands of dollars involved. Or talking about a dramatic political crisis, or a revenge years in the making  all of these, about one and the same game. It reads like a thriller story, and the comment section resembles a geopolitical congress. Curiosity wins. You read a few manuals, watch a few gameplays, try to understand where to start, but a question is already sprouting in your head: Why do people even play EVE Online after seventeen years?

It's not just about how old it is, although the fact of the matter is that the title from CCP Games will reach maturity in just about six months. You can't even nitpick the graphics, which, though perhaps not as sophisticated as in Star Citizen or Elite Dangerous, arent really outdated. The biggest mystery in the phenomenon of EVE Online remains the fact that such an inaccessible, challenging, so ruthless a game keeps breaking industry records in the number of active players engaged in a video-game space battle. It was keeping me up at night, and I just had to do it. To examine that world and explain once and for all where the EVE Online phenomenon comes from.

Short answer  community. But its not that simple.

I know, the introduction sounded like some PR hogwash. After all, most companies will emphasize the role of a community in the success of their game. But in the case of EVE Online, it has a completely different meaning. Here, the volition of the community is nearing critical density. It's the size of a hypergiant star; its leading players to acts of unmatched altruism, or stunning malevolence. At the same time, everything  from its complexity, to the extremely high entry threshold, and very engaged participation of the developers  is designed to maximize immersion and bring together a very specific type of players. Above all, patient.

"Sometimes you play EVE without even launching it," explains Eldeni, head of the Black Company Corporation. "I myself have spent countless hours in sheets, calculating various things: production costs, ship stats, fleet concepts, corporate censuses, ammunition overviews, finances, counting fuel reserves. The higher up the ladder you are, the more such responsibilities you have." That's why EVE Online is sometimes called "Excel in space." By the way: this October, the devs added an option that replaces regular TPP view in favor of sheer text and numbers. 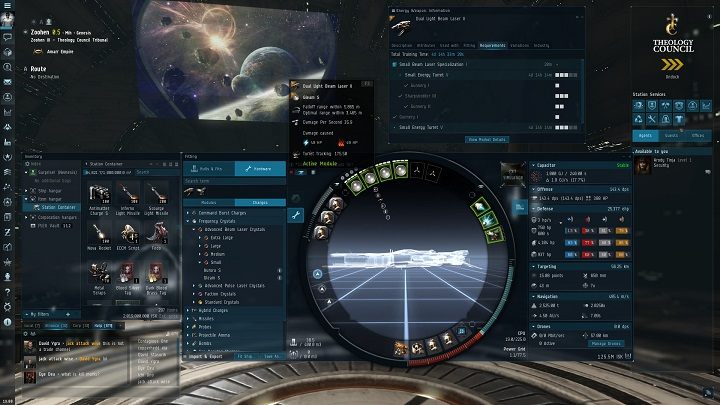 Apparently, graphics (which are quite nice) aren't everything.

Don't get the impression that such routines only involve the highest echelons of players. After getting acquainted with the basics of the game (which itself can last several hours), beginners are often recruited to corporations that offer them ships, training programs and security, but in return require performing tasks that greenhorns might find unflattering. "For newbies who don't have any friends willing to lend a hand at the very beginning, the entry threshold can be really high," says another player, Swiezaq, who himself has approached EVE Online several times.

EVE Online is in a sense divided into several world instances, with different security levels. Hi-Sec is the safest place in the game: Concord, the local police, reacts to aggression and chases those who attack other players... Which doesn't mean anyone is untouchable here. Low-sec is known as a no-man's land between the "civilized" world and the systems inhabited mainly by players with relevant experience and living off the PvP. Below that, there's Null-sec  it's a land of lawlessness, where Concord isn't allowed; anyone can attack anyone. It goes without saying that a trip there is a suicide run for novices. But it is here that the "big politics" play out, eventually involving those, who have nothing to do with EVE Online.

Oh  there's also Wormhole Space, a network of unexplored systems  often with their own special modifiers; this is the most demanding dimension in EVE Online. You never know where an attack will come from (because it's impossible to check who's present in the system), navigation is difficult because links are constantly changing and raw materials are never in abundance. One of my interlocutors compared the Wormhole Space to being a pioneer in North America  with the slight difference that in the American Frontier, not everything was out to get you. However, it's also a place where you get no quarter, but you're also free from the machinations of large federations, because the local corporations aren't bigger than several dozen people. Those who aren't afraid of the challenge and prefer full control of their fate will instantly feel at home. 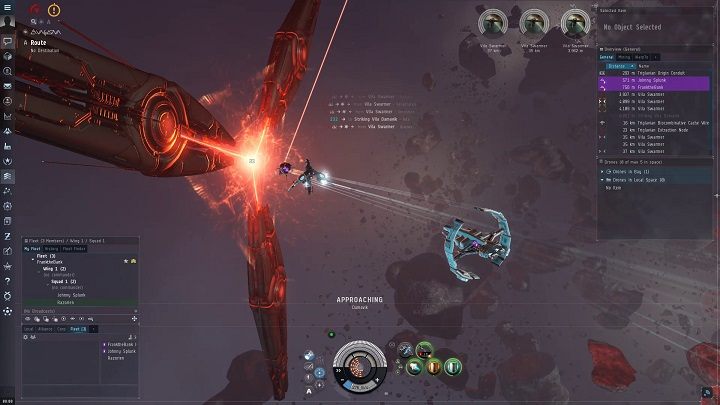 Most of the people I ask tell me that EVE is several times more accessible today anyway  in large part thanks to players, who prepared manuals, guides, and offer extensive help to newcomers.

Paradoxically, this inaccessibility benefits the game. First of all, the players that wouldn't be fully dedicated to it are quickly discouraged. Those who stay, on the other hand, stay for months, most often years. Most of this time is not spent waging spectacular, space warfare, but rather probing systems, planning, analyzing statistics, selecting goals. Relanium from the corporation The Buccaneers explains that "Several seconds of adrenaline is often preceded by hours of preparations, research, and waiting." Most of my interlocutors admit that they often play EVE Online ...via Discord. Its like the perfect RPG sesh. It's there that they formulate plans, devise strategies, analyze the prospects for their corporations.

This lengthy preparation stage is absolutely necessary because the stakes can be really high. Although machines worth 30 thousand dollars (the Gold Magnate was sold in January for precisely this amount  the money was used to help Australia, recently hit by huge fires) aren't very popular, but every destroyed vehicle can be translated into a specific amount of money in the real world anyway. Maciell, another player with several years of experience, admits that he had to take a two-week's break after losing a ship worth a couple hundred bucks. "Don't fly a ship you can't afford!" is the most important rule here. 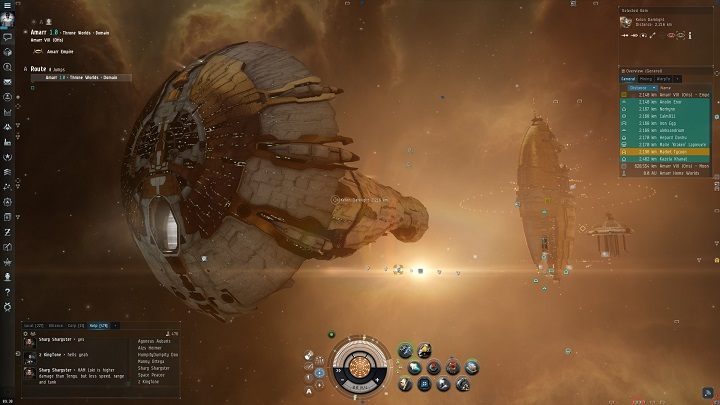 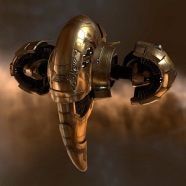 The Gold Magnate is not the only example of generosity of EVE Online players. This year, they raised over 130 thousand dollars to fight the pandemic, and in June they organized a big battle to celebrate the birthday of a terminally ill player. A few years ago, they financially supported the family of a deceased member of the community. Unfortunately, sometimes this generosity is used by fraudsters. In 2016, for example, it turned out that the touching story of Olivia, a girl who allegedly took her own life after being bullied by a faction of players, was a lie all along. To give the story an even crazier spin, this fake story was propagated by the boss of a hostile faction, who wanted to get rid of the competition and make some money in one fell swoop.

The risk of losing a ship that you've invested a lot of time and money in is considerable, but for some, that's the exciting part. On one of the forums I was browsing, someone asked: "Why do people play EVE Online when it's terribly boring 90% of the time?" My favorite answer was: "Because for the 10%, it's the greatest game of all time." Eldeni adss that "Emotions are strong and real. Loss hurts and you have to work it over, but winning is pure euphoria." However, he points out that not everyone takes defeat well. Some people are willing to cross boundaries that are rarely crossed in other games. And they often suffer much more painful consequences than the loss of a ship.

"After a battle that we won, the opponents lost it and started insulting us. He went from the conventional calling out our mothers to saying our children should burn in Nazi camps. We decided we wouldn't allow it, and destroyed everything he owed. We spent a week literally razing it all to dust.

These extreme emotions also go the other way. Trust is crucial, which promotes the establishment of much closer relations. In many other games, verbal interaction begins and ends with a short "gg"  if we're lucky. In EVE Online, "corporations" sooner or later hold conventions, meetings and regular parties. "There's genuine comradery. The countless battles you've fought side-by-side have a real binding strength," Eldeni said. He met his fiancée in the game. Maciell, in turn, said he went to a few weddings of the people he'd met in the game.