Sparta: Ancient Wars is the first part of a cycle of PeCet Real-Time Strategies, dealing with the famous ancient wars. As the name suggests, we take control of the legendary Spartan troops from the Peloponnese Peninsula, famous for their incredible battle.

Poseidon: The God of Atlantis is the official extension to the highly popular economic strategy of Zeus: Mr. Olympus. Just like in the base game, the action of the add-on was set in antiquity. This time, however, players take control over the development of mythical Atlantis. Developers from Impressions Games studio have also decided to add a functional editor, allowing you to create your own play scenarios.

Expanded turn-based strategy by Slitherine Studios (creators of Legion and Chariots of War). We are moving into a distant past when the Greeks fought a fierce battle with the Persian Empire.

A real time strategy taking place in mythological realities. The creators prepared 14 missions comprising the Golden Fleece campaign and a multitude of individual scenarios. During the game we collect raw materials, fight against mythical beasts, recruit heroes and develop the fleet. In addition, a map and mission editor is available in the game. 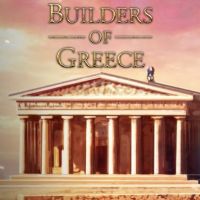 An addition to Spartan turn-based strategy based on events for which the (un)indirect reason was the beautiful Helena. In addition to the battle for Troy, the supplement contains scenarios describing the colonization of Greece and earlier famous conflicts: the Ionian campaign, the Battle of Thermopylae and the Roman-Persian campaign.

Spartan: Total Warrior is a dynamic action adventure game with a story set in antiquity. Players play the role of one of the famous Spartan warriors fighting against the power of Rome. 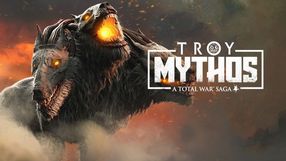 The first big DLC for A Total War Saga: Troy, the second part of the Total War spin-off series. Mythos introduces new campaign types, units and modifies some of the core gameplay elements. 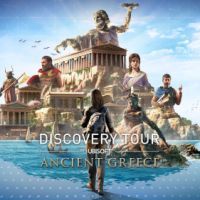 A stand-alone version of the exploratory educational mode, using the world of ancient Greece, created for Assassin's Creed: Odyssey. During the game, players have the opportunity to take part in guided virtual travels, learning about the secrets of architecture, philosophy, politics, art and everyday life of the Greeks.