A second major installment in the sandbox action game series created by the Polish studio Techland. This time, the development has been entrusted to Yager Development, an independent developer team mainly known from the shooter Spec Ops: The Line. As far as the plot goes, the game follows the events shown in previous chapter. The plague that transformed people into living dead has gone out of control, and began spreading throughout California. The quarantine zone intended to contain the epidemic is currently full of soldiers sent in to root out the plague, but also degenerate thrill-seekers as well as residents who refused to leave their homes. In this dangerous open-world environment, we will undertake a series of tasks, mainly coming down to fighting hordes of zombies using unconventional, self-made weaponry. The majority of RPG features known from previous game are present in the sequel, such as advanced level up system and several different character classes.

A mobile tower defense title and a spin-off of Dead Island series. We build and expand our base to defend the survivors against hordes of zombies by using traps and melee weapons. 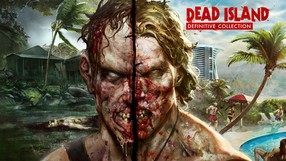 A bundle including both installments of the Dead Island series, first-person action games with RPG elements developed by Techland for PC and 8th-generation consoles. The set contains the remastered editions of Dead Island (2011) and Dead Island: Riptide (2013), featuring almost identical stories and focusing on four characters forced to fight for survival on the zombie-infested islands of Banoi and Palanai. The games put a great emphasis on cooperation mode. What distinguishes the remastered versions are the graphics, powered by Chrome Engine 6, that boast sharper textures, a new lighting system, improved character models, and enhanced visual effects. Both games offer a revised user interface and a complete collection of DLCs. Dead Island: Definitive Collection comes with a bonus side-scroll fighting game titled Dead Island Retro Revenge. 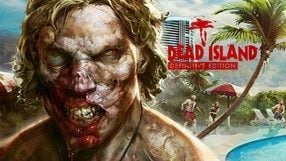 A remastered edition of the first installment in the Dead Island series, which was originally launched in 2011 by the Polish studio Techland. In the game, we are transported to the island of Banoi, located near Papua New Guinea, where we assume the role of one of four characters that have to fight for survival in a zombie-infested tropical paradise. As far as gameplay is concerned, the title is a first-person action game with RPG elements, allowing the player to explore, undertake various primary and secondary quests, and, obviously, fight hordes of zombies with a wide arsenal of melee weapons and firearms. The game shines in cooperation mode, where up to four players can play together. Compared to the original, Dead Island: Definitive Edition offers enhanced visuals powered by Chrome Engine 6 as well as a modified user interface and a number of other minor improvements. The game comes with all DLCs released for the original and can be bought either separately or in the Dead Island: Definitive Collection bundle.

A remastered version of the second installment in the Dead Island series, originally launched in 2011 by the Polish studio Techland. The game picks up after the events of its predecessor. While going back home, the four protagonists had to land on a military ship which soon after became a zombie-infested hell. Eventually, we end up on the entirely new island, Palanai, where we have to fight for survival. As far as gameplay is concerned, the title is practically identical to the 2013’s original. However, compared to it, Dead Island: Riptide – Definitive Edition offers remastered visuals with high-quality textures as well as improved lighting effects and character models. The game also introduces a reworked user interface, a number of technical fixes, and all DLCs released after the launch of the original. The game is available separately or as a part of Dead Island: Definitive Collection. 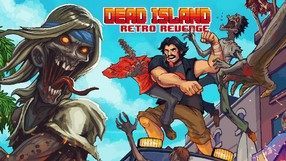 An oldschool side-scroll 2D beat 'em up game, created by Empty Clip as extra content for everyone, who purchased Dead Island Definitive Collection including the remastered editions of Dead Island and Dead Island Riptide by Techland. Dead Island Retro Revenge faithfully recreates the classic arcade beat 'em up spirit, popular from the early 90s. During the game, you keep going right, facing waves of enemies, consisting mostly of various kinds of bloodthirsty zombies, just like in the original production. Dead Island Retro Revenge features colorful, although very oldschool visuals, and the game's screen is stylized to resemble a pixelated arcade screen. 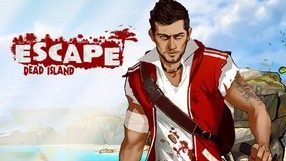 A spin-off to the series of action games with RPG elements, originally developed by Polish studio Techland. As the owner of the title, Deep Silver chose the Swedish Fatshark studio as the developer for the spin-off. They are known for multiplayer-oriented games such as War of the Roses and War of the Viking. As a result, the players received a third-person perspective action-adventure game, the story of which takes place in between the first and the second part of the series and connects them together. The main hero – Cliff Calo – decides to trace the origins of the zombie virus outbreak and document them. Together with his friends, Cliff sets out on an expedition that soon turns out to be nothing more than a constant fight for survival, as any contact with the living dead ends up in death. You can use a wide arsenal of inventive weapons, but the gameplay emphasizes stealth elements and silent elimination of the enemies. The game features distinctive colorful graphics that utilize cel-shading technology. 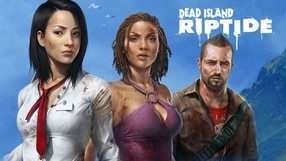 A sequel to Dead Island, the bloody FPS survival horror released in 2011. The game was developed by Polish studio Techland with publishing support from Deep Silver company. Dead Island Riptide picks up where the first game left off. Although a few lucky survivors managed to escape the zombie-infested island of Banoi, they never managed to get home, as their ship crashed by the shore of another tropical island – Palanai. Unfortunately, the epidemic has reached this place too, and the heroes again have to face the hordes of undead. The game inherits the gameplay mechanics from its prequel, featuring FPS action combined with RPG elements, as well as a online co-op mode for up to four people. 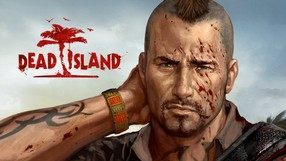 A first person survival-horror action game with cRPG elements. Dead Island was developed by Techland Studio, together with the Deep Silver company. The story features a tropical island, cut off from the world, where a zombie epidemic spreads out. Few remaining people are trying to survive and find a way to escape the living dead. Gameplay in Dead Island is built around exploration, completing quests, crafting useful items, and fighting undead opponents. This last element frequently features contextual weapons (sticks, pipes, etc.). Apart from the single player experience, the game offers multiplayer with several cooperative and competitive play modes. 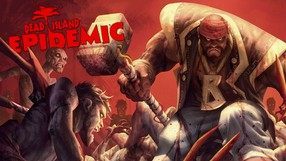