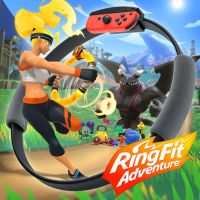 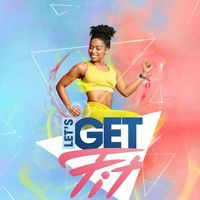 Let's Get Fit is a fitness game that allows you to create your own training plans, taking into account your goals and current physical condition. The authors have prepared a hundred types of exercises, a system of Achievements and a virtual calendar to make it easier to track progress.

Move Fitness is an interactive sports training requiring a PlayStation Move controller, offering twenty-five different physical exercises. From performing "spiders" to virtual boxing of the training bag. A game for two people is only possible through the Network. 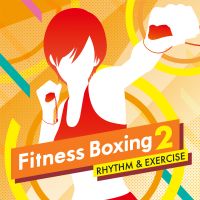 Jillian Michaels' Fitness Adventure is a training programme enriched with elements of an adventure action game. The title was produced by n-Space studio and is addressed to players who would like to improve their physical condition and sculpt their body shape.

Zumba Fitness Core is the third installment of the record-breaking cycle of dance and fitness training developed by Zoe Mode studio. Players can work on their physical condition by dancing to the rhythm of pop and dance hits and lively melodies from all over the world. Virtual trainers supervise the correctness of individual exercises.

Wii Fit U is the third installment of the popular series created by Nintendo, which thanks to a set of mini games allows you to improve your fitness and exercise using the Wii Balance Board device. 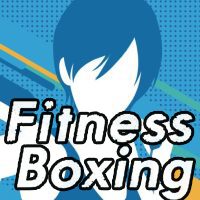 Gold's Gym: Dance Workout is a fitness training program enriched with elements of dance and dexterity game. Production is the result of cooperation between Land Ho! and Rocket Company. Players can improve their physical condition by dancing to the rhythm of popular hits and performing physical exercises based, among other things, on basic boxing training.

Jillian Michaels Fitness Ultimatum 2011 is a training program enriched with action game elements. Collision's production allows players not only to improve their physical condition, but also to take part in a dangerous mission against a dangerous corporation dealing with drug trafficking and unhealthy food.

ExerBeat is a fitness training program enriched with arcade game elements, which is the responsibility of Namco Bandai's development team. Production offers the possibility of performing exercises in eight categories of training (including aerobics, stretching, yoga and karate), as well as movement play in the company of the second player.

A sports game that allows you to conduct professional fitness training in your own home. The title contains many play modes and hundreds of exercises of different levels. We can share our progress in building an athletic silhouette through the network with our friends.

The next installment of one of the most popular dance games. This time the creators decided to focus entirely on the game designed for children aged 7 to 12 years. Thanks to this decision, the title offers fun with the rhythms of such artists as Justin Bieber or Willow Smith. The game can take place either alone or in a multiplayer.

The game is both a personal and virtual fitness trainer. In production we will find as many as 70 different combinations, systems and programs to help you improve your silhouette.

Gold's Gym: Cardio Workout is a video game produced by a Japanese studio Rocket, which is a substitute for a personal trainer. Players can improve their physical condition and muscles by doing classic exercises or training popular sports such as boxing and jogging. The title uses the technical capabilities of Wii Remote and Wii BalanceBoard controllers.