Mount & Blade: Warband for PC, AND and etc. is a standalone expansion to an acknowledged game from TaleWorlds. The add-on was produced by the same team that worked on the original title.

The original Mount & Blade debuted in 2005. It is an interesting combination of strategy and RPG elements. What makes it unique is that you can directly take part in spectacular medieval battles. This time the developers wanted to expand and improve many features of their work while adding some crucial options like online battles. TaleWorlds introduced many new features based on the feedback from the players community.

Warband on PC, AND and etc. significantly improves artificial intelligence of lieges and commanders when it comes to political and strategic decisions. Diplomatic possibilities were expanded too, so you can now wield more power and have more direct control over your kingdom. This filled some gameplay gaps present in the base game. With Warband, subduing other lords and reaping profits from it is a common thing. There is also an option of starting political alliances through marriage. What's more, the developers made it easier for new players to find themselves in the games world by adding more hints in the early stages. The world map includes all the locations from the base game and introduces a new faction (Sarranid Sultanate) and numerous side quests to complete.

A key novelty is the brand new, expansive multiplayer for up to 64 players. TaleWorld prepared seven online modes. There is a classic Deathmatch, as well as its team-based variation. There are also Capture the Flag and Conquest. In the latter, the team controlling most of the locations marked by flags wins the game. Another mode is Siege. As its name suggests, one team has to defend a castle, while the other storms it. The stronghold falls if the attackers manage to take off the flag in the courtyard. First, though, they have to get there, which is made possible with ladders and siege towers. The last two modes are: Battle and Fight and Destroy. In these two, unlike the previous ones, there are no respawns, so you can't get back to the fight until a new round starts. Fight and Destroy again has two teams: attackers and defenders. This time, however, the latter have to defend two objects from destruction  a catapult and a trebuchet.

Another key feature of the expansion are the visibly enhanced graphics. The developers improved many textures and introduced new special effects. The game uses HDR lighting, reflections, and bloom effect. With thus enhanced graphics all armors shine in sunlight. 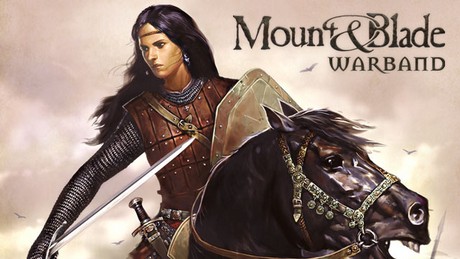 We have chosen the hottest modifications for the games released in the Mount & Blade series, which should provide hundreds of hours of fun.

A beta version of Middle Earth at War mod for Mount & Blade: Warband has appeared on the web. The mod enables us to leave Calradia in favor of Tolkien;s Middle Earth and factions from The Lord of the Rings.