Despite last year's Early Access release of Mount & Blade II: Bannerlord, Mount & Blade: Warband remains the most important installment of the series when it comes to fan modifications, and the most interesting projects are released with this game in mind. One of the best examples is Warsword Conquest, a project moving the action to the dark universe of Warhammer. The mod just got a new update.

The project is developed in editions. The current one is called Southland Edition, and the latest patch for it was marked with the number 5. The update adds new scenes for Lizardmen and Undead Pirates and improved models for the Empire and many map elements. It also fixes a lot of bugs and improves the gameplay. 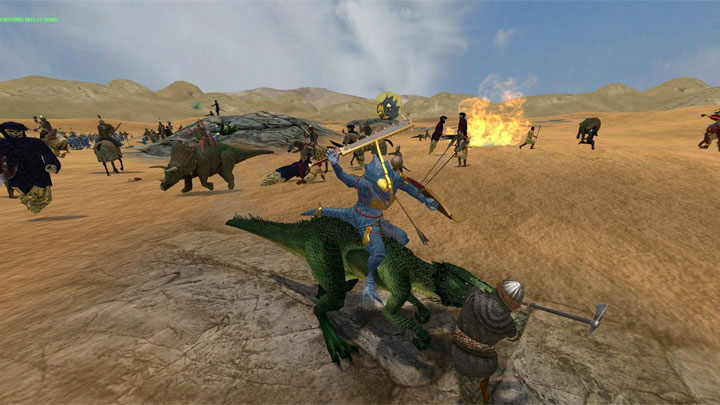 Among the factions present in the mod you will find, among others, Lizardmen.

Warsword Conquest is one of the most interesting modifications for Mount & Blade: Warband. The project is designed for single player gameplay, moves the action to the universe of Warhammer and reworks virtually every element of the game. A huge original map was prepared, filled with dozens of cities, castles and villages, and groups of monsters and bandits roam the areas between them.

We also get new units, models, textures and weapons. The mod offers thirteen factions, including the Empire, Pirates, Orks, Goblins, Dark, High Elves and Skaven. The authors have also heavily reworked the gameplay mechanics, so as to better reflect the fantastic nature of the Warhammer universe. As a result, both monsters and powerful magic have appeared.

More mods for You:

Resident Evil Village Sells Much Faster Than RE7