Knowledge is Power is a party game where we  alone or with other players - take part in various quizzes. It was developed by one of Sonys internal studios. The game is kind of a spiritual successor of the Buzz! series that was released on PlayStation 2 and later on PSP and PlayStation 3. The game uses the PlayLink app that connects our smartphone or tablet with our console. We take part in a tournament that checks our knowledge in all kinds of fields of science and culture.

A social quiz game by Sony Interactive Entertainment. The game utilizes the mobile app PlayLink, which means that you require a phone or a tablet with either Android or iOS. The game needs to be played by at least two people, using one TV set or via the Internet. The gameplay consists of answering questions regarding the other players, such as Who would laugh at their teacher's lame joke? From time to time you also have to fulfill random orders, take photos, and draw simple pictures.

Another entry in the series of action games that are a compilation of various multiplayer minigames. Super Mario Party takes advantage of Nintendo Switchs unique capabilities  the game enables the players to combine two consoles in such way that the screen of one console is an extension of the screen of the second console.

Dance Party: Dance X-Treme is one of the few representatives of the genre of dance games for the PC platform. 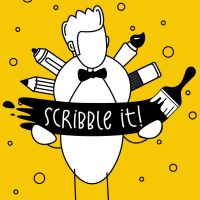